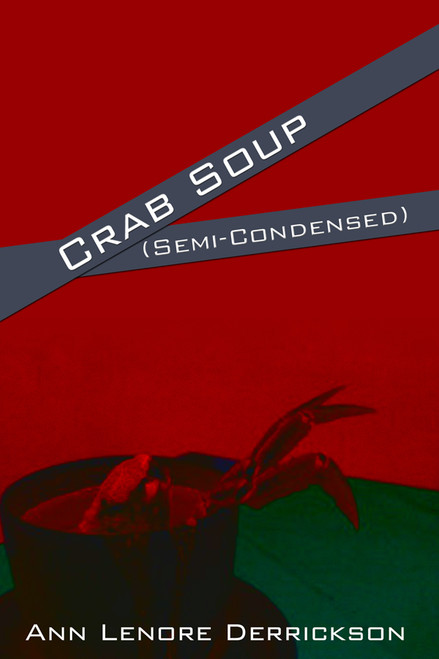 It seemed to Jenny, as she drove, that it would be better never to arrive, even though her four-year-olds demands occasionally seemed less tolerable than usual in the small space of the automobile. It was a little as though she had him contained within her again, the way it was before his birth, when she knew it was just he and she, yet the sense of his presence had given her a new concept of hell planted beneath his birth, when he was to be separated from her, perhaps the way others had help her alone by their deaths.

Join Jenny, a bright but confused young woman who is traveling with her son, reflecting on the life she once called her own, and pondering over controversial subjects such as war. Crab Soup (Semi-Condensed) tells her story.

Born in St. Louis, Missouri, Ann Lenore Derrickson earned her B.A. from Harvard University and her M.A. and Ph.D. from the University of California at Berkeley. Now she is moving into working with modern European fiction, a major shift in fields. Ms. Derrickson is also the translator of The Little Horses of Tarquinia.