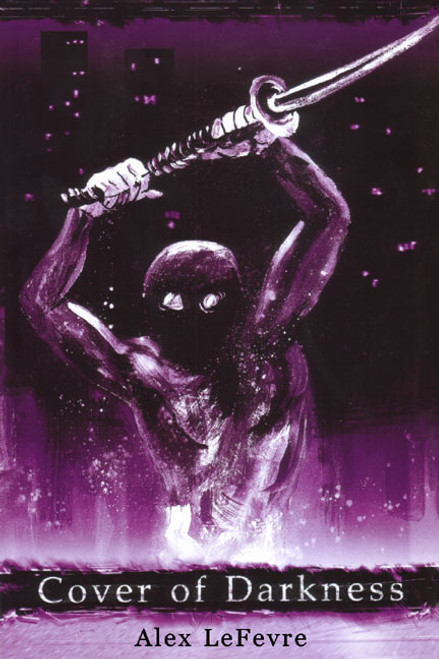 by Alex Lefevre Richard Turner, the leader of the international terrorist organization Liberated Earth, has developed the ultimate biological weapon, Virus X, and he is ready and willing to use it to take over the world. One man stands in his way-Ninja, a self-appointed, lone crime fighter who has a knack for thwarting crime. For Turner to accomplish his objective, without interference, Ninja must die, and who better to stop him than Liberated Earth's beautiful, but deadly, assassin, Melissa Watson. Chock-full of suspense, intrigue, betrayal, and action, Cover of Darkness takes readers on a journey through the crime-infested streets of New York City and into the world of international espionage and terrorism. Conrad Peterson, alias "Ninja," is a seemingly ordinary citizen by day but a deadly crime fighter by night, and despite his fight for justice, his identity and death is also sought by United States officials who view him as a dangerous, uncontrolled vigilante. Can Ninja evade capture or assassination long enough to stop Liberated Earth's diabolical plan or will he be discovered and neutralized? That question won't be answered until all of the sinister plans, unforeseen circumstances, and surprising events culminate in one thrilling moment of truth. ABOUT THE AUTHOR Alex LeFevre is a college freshman majoring in international affairs with a concentration in conflict and security. Cover of Darkness allowed him to bring together his interest in writing, military history, foreign policy, and martial arts. (2003, paperback, 214 pages)
×