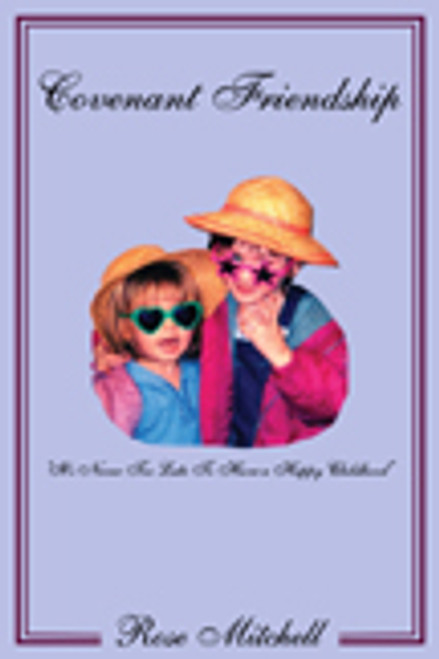 by Rose Mitchell After sixteen years of marriage, Rose Mitchells husband divorced her. Suddenly she found herself single in a world geared toward couples. She fell back on her strong Christian faith for emotional support, but also prayed for strong friendships with other God-fearing women. Often, when she found such friends who were married, the friendships eventually faltered and died as the friendship and the marriage came into conflict. Covenant Friendship reflects her struggle to find how to sustain and to grow such friendship. Guided by Jesus, Rose gradually found what changes were required in her own behavior to permit such friendship, and she shares them with us here. The process of spiritual growth may be painful, but it is necessary and ultimately satisfying. About the Author: A Vietnam veteran who spent ten years in the military, Rose Mitchell is a registered nurse with a strong Christian faith. She has served as a nurse in missions in some of the countries that made up the former USSR while bearing witness for Jesus. She is divorced and has two children and two granddaughters who are the light of her life. She lives in North Carolina when she is not called by God to serve overseas. (2003, paperback, 94 pages)
×