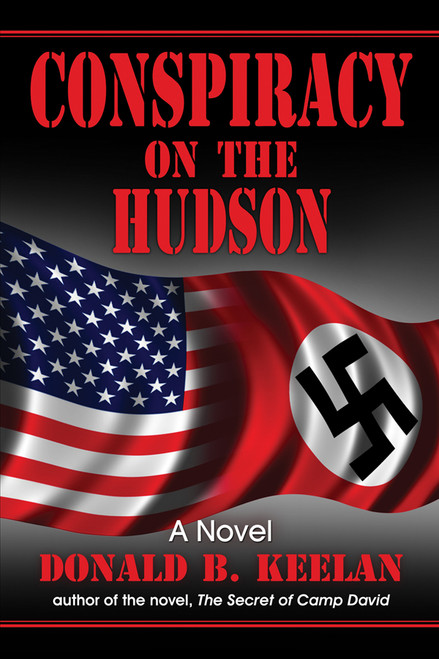 Conspiracy on the Hudson
by Donald B. Keelan

In 1943 the nation was deeply enmeshed in the throes of World War II. President Franklin D. Roosevelt felt the heavy weight of the nations weariness, its fears, and the trust its citizens have placed in him. With a steady determination to do whats right, though his body was not as strong as his mind, he leads by example. He relied on a close circle of friends and confidants to help him through those trying times.

As the president prepared for a pivotal meeting with his friend and ally, Prime Minister Winston Churchill, another group plotted to bring chaos to the United States. A sinister plan was created by Nazi spies, assassins, and saboteurs who had infiltrated the country with a fierce hatred of the United States and an arsenal of deadly intentions. Would the presidents men be able to stop the insurgents? Or would the United States fall prey to their destructive plan?

Conspiracy on the Hudson is a suspenseful, political-thriller page-turner. It will make you reflect on the history of our country and the fortunate turns it has taken. In the twenty-first century, when political leaders demand vigilance to protect national safety, this book is a reminder that the dedication of a few citizens can affect the future of the nation.

Donald B. Keelan was a lance corporal who served as a Marine guard at Camp David for President Eisenhower from 1957-60. He was born in Mt. Vernon, New York and now lives in Arlington, Vermont, and works as a certified public accountant. He is also a bi-weekly columnist for the Bennington Banner and Manchester Journal. Keelan and his wife, Verrall, have five children. In addition to this book, Keelan has published, The Secret of Camp David, as well as Robert Todd Lincoln's Hildene and How It Was Saved 1975-1978.