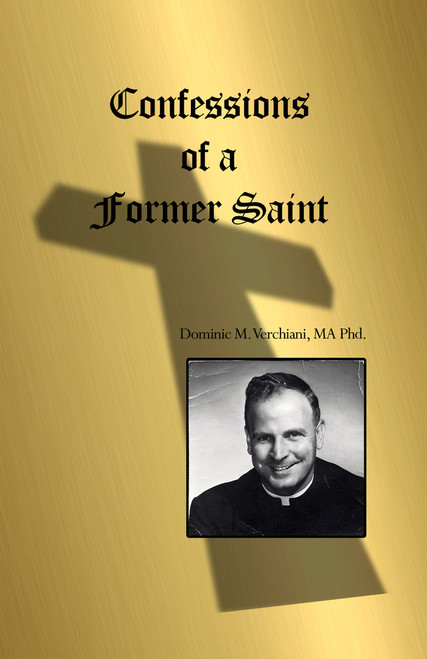 Confessions of a Former Saint by Dominic M. Verchiani, MA Phd. is a truly riveting biography of a boy, who knew at a very early age that his 'calling' was to be a priest--every Italian mother's dream. The tapestry he has woven depicts his caring nature and belief in God, all while being terribly uncomfortable with some of the dogma, hypocrisy, and events he witnessed and experienced within the Catholic Church.

Wanting to set things right in his life, he met someone who turned this world upside down. From this point, he knew where his heart and soul desired to be, but now he struggled to find his way to personal happiness as he continued his lifelong need to serve others.

About the Author: Born in 1916 in Italy, Dominic Verchiani left home at the tender age of 11 to attend the seminary, desiring of become a priest and counsel others, while making his family proud. After a year, he became aware of the duplicity and abuseboth emotional and physicaland struggled for years to find a way to create awareness and change in the policies of the Roman Catholic Church. He was relocated to the United States as a teacher and was blessed to meet Leontina, a wonderfully kind and understanding woman. She would later become his wife and the mother of his children, Patricia and Michael. He left the Church at age 36, and continued his life as a husband, father, and an educator, while writing this book to draw attention to problems that exist in the Church with its strict rules. Though disillusioned with the Church, he never lost his faith in God. Rebuked in 1982 when he tried to make his story public, Dominic Verchiani is now deceased, but his children have graciously honored his desire to share this enlightening narrative with the world.