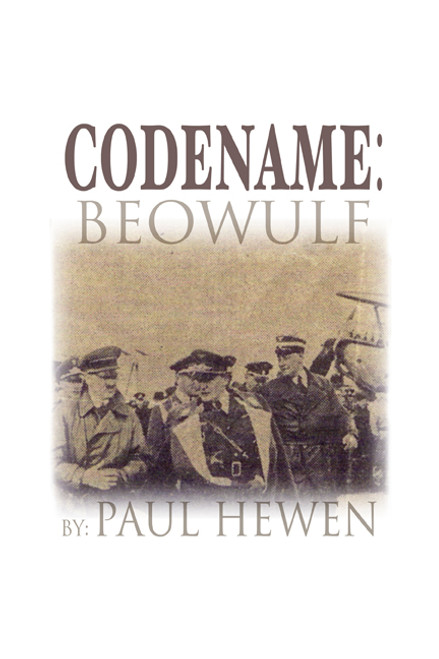 
Availability: Usually ships in 2-3 business days. + Available for immediate download to your computer in e-book format - see bottom of page.
___________________________________________________________
Codename: Beowulf
by Paul Hewen The oldest son of the oldest son, Serge fully expected to take his place eventually as the family patriarch, from his carefully guided youth in East Prussia to the familys prudent immigration to America. But world events were to change his destiny completely. At the time of World War II, Serge enlists in the U.S. Marine Corps and learns the rudiments of military undercover work. By the late thirties, hes an aeronautical engineer and ready for the real thingmilitary-industrial espionage at the highest level, in Nazi Germany. At first the darling of the German High Command, Serge runs afoul of the Gestapo and is forced into perilous escape. But then he has to go back, back into occupied Europe, because the woman he loves is trapped in a ghetto in Belgium and he cannot let her die. ABOUT THE AUTHOR Paul Hewen, born in Anchorage, Alaska, of Air Force parents, now lives in Reno, Nevada, and works as a consultant. He has a B.S. in finance and an M.B.A. in international business, with certifications in CISA, CDP, Hazwoper, Radworker II, U.S. Power Squadron, stockbroker, and real estate agent. He is a private pilot and also interested in motorcycles and sailing. Codename: Beowulf is presented as a novel, but Paul Hewen notes its all firmly based on the family stories told by his father. Several names have been changed, but the history is quite accurate. This is what it was like. (2008, paperback, 176 pages)
×