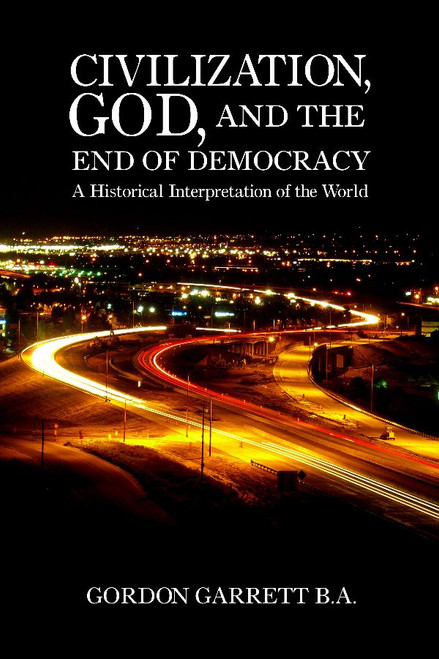 Civilization, God, and the End of Democracy
by Gordon Garrett B.A.

As far as the roots of civilization dwell, therein lies the birth of its intertwining with religion. Religion has often been the origin of dissent or war amongst different nations in their efforts to conform opposing societies to their own view of what is "right." Gathering together a cohesive timeline from the onset of organized religion and government to its current manifestation in premiere countries such as England, the United States, and China, Civilization, God, and the End of Democracy reviews opposing viewpoints and evidence for what could potentially be the beginning of the end of democracy as we know it. However, although this democracy has become corrupt and distorted in places, there is still hope that it will serve as a version, but an as-yet unseen one, of its original intent.

Gordon Garrett has been writing since 1965, when one of his pieces for the German Shepherd Dog Club of Canada found circulation in other newsletters around America. In his life, he has worked as a security supervisor, a judge of dogs, and as owner of his own dog business, as well as raised his son as a single father after his wife's passing. As a senior citizen, he has returned to university courses and pursued his interests in further education in history and political science, prompting the writing of this novel and the completion of a bachelor of the arts in 2006.