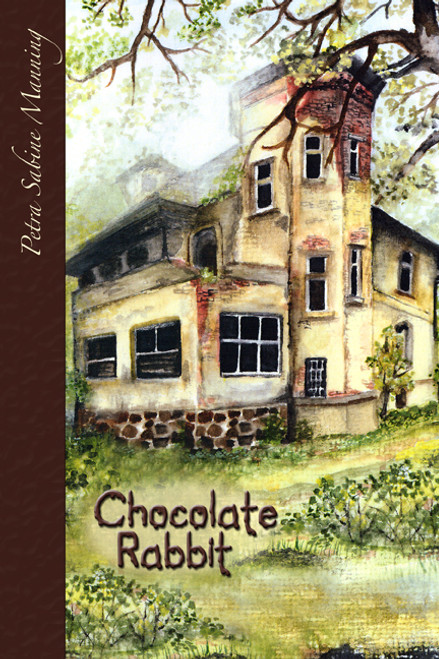 by Petra Sabine Manning Chocolate Rabbit, by Petra Sabine Manning, is the story of the life of a young Chicago woman, Nikki Fisher, and the child self she has left behind, Monika Groebel. When offered a prestigious journalism position as the assistant to a foreign newspaper correspondent, Nikki is forced to confront her tumultuous past. As a child, Monika Groebels rich family and life of luxury did not save her from the taunts and abuse of her classmates. Through the American eyes of Nikki, the reader travels back in time to an East German childhood, where Monikas family was ostracized for not embracing Communism. As Nikki travels to Europe with Paul and their relationship changes from business to personal her mind wanders to her past and how Monika Grobel eventually became Nikki Fisher. Nikki must reconcile her past with her present if she is to find happiness and answer the questions of her familys survival that still plague her. This rich, involved history and suspenseful tale of post-World War II Europe is a page-turner not to be missed. ABOUT THE AUTHOR Petra Sabine Manning was born in Leipzig, Germany. In 1958 she emigrated to the United States. Although a work of fiction, Chocolate Rabbit is based loosely on real-life events, places, and people from Mannings life. She was adopted and brought to the U.S., studied languages to become a reporter, and attended college at the age of sixteen. She met her future husband, Martin, at the age of eighteen and opted to become a citizen and remain in the States. They have two grown daughters, Marnie and Jill. She now makes her home in Washington state, where she is a travel consultant and enjoys travel, writing, and painting. (2008, paperback, 300 pages)
×