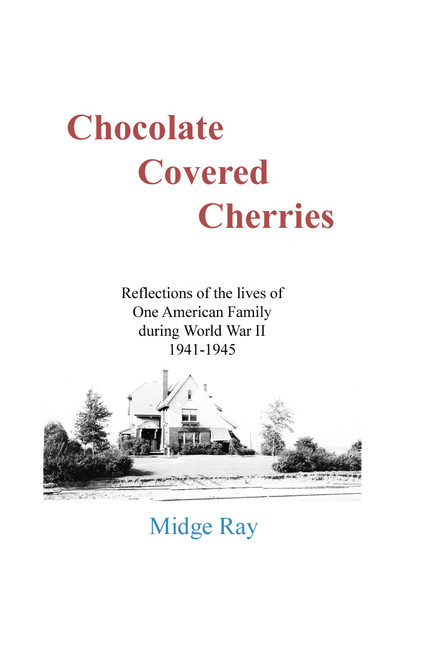 Chocolate Covered Cherries is a historical novelette reflecting the lives of one family and the home front of America during World War II. The author paints a memorable picture of the suffering and hardships endured by the men and women who suddenly became the providers for their children as a result of the secret attack against our country by a foreign enemy.

At the age of 92, Midge Ray has chosen to write the story of her life during the years which changed her dreams and plans forever, the years of World War II.

Ray earned a Bachelor of Arts Degree from the University of Cincinnati, Ohio, and was awarded the Poll Scholarship Prize for excellence in her major field upon graduation. She was a former student at the Cincinnati Conservatory of Music with a piano major, and was a member of Delta Omicron, a Music Honorary Sorority.

Ray was a public school teacher for twenty years. She is a published poet and her work appears in Outstanding Poets of 1998 and the beautiful anthology Of Summer’s Passing, both by the National Library of Poetry. The International Library of Poetry included her work in A Celebration of Poets: Showcase Edition, 1998. She is a Fifty-Year Life Member of the American Association of University Women and received The Named Gift Honoree Award in 2004.

Ray has two sons and one daughter. She resides in California.