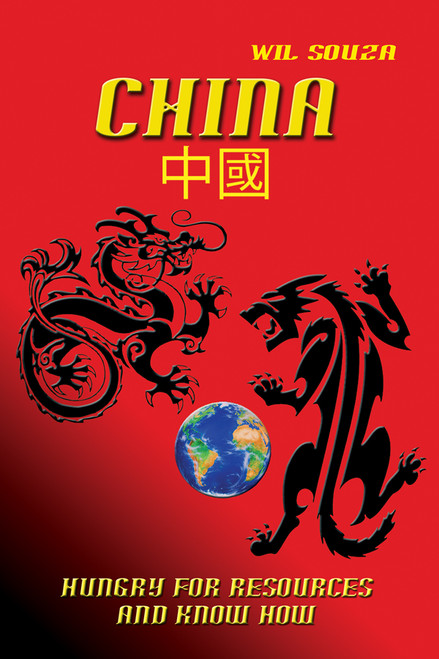 China: Hungry for Resources and Know-How
by Wil Souza

In so many ways, China has emerged from the ashes of a controlled economy like a roaring dragon that it has always been compared to. Eschewing the political ruins that befell another behemoth, the USSR, China is now poised, for better or worse, to fill in the power vacuum that the former Soviet superpower once occupied.

The signs are perhaps too loud for anyone mindful of world events not to notice its emergence.

China: Hungry for Resources and Know-How by Wil Souza makes it very clear that Chinas global thrust to secure resources may not be purely benevolent driven. As it leverages its economic muscle, China is slowly showing strengths in the military, science, space, and naval territories as well.

The question, as Wil clearly sees, is: What is in store for the world, now that its resources are slowly running out of supply?

Wil Souza was born in Vienna, Austria, four years after World War II ended. He later on pursued a career as a soldier after joining the Austrian Armed Forces as a recruit. A year after his transfer to the Austrian Defence Academy, he joined the United Nations Truce Supervision Organization (UNTSO) in Jerusalem, followed by other assignments that sent him to various countries in the Middle East. He also served in East Timor as part of an international organization from February, 2000 until his retirement from active service in May 2011.

How Well Do You Know Jerry...and His Friends? A Trivia Book

Chocolate and her Meow