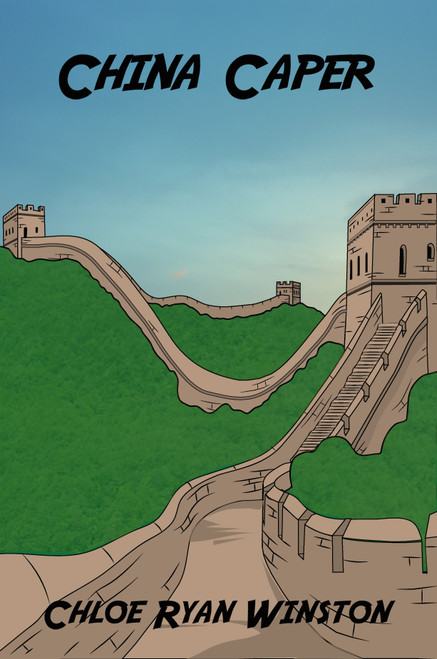 Someone is stealing priceless historic artifacts from China, a nation and population proud of their heritage. Briana Fraseran Ashland, Oregon, book and travel shop owner whos no stranger to adventureis tasked with discovering how these valuable artifacts are being stolen and sold to collectors in other countriesand by whom.

Suspects are abundant, especially those in Brianas tour group, seen by authorities as the best source of the theftsas well as good spy cover for our heroine. With her history background, Briana is the ideal cultural spy, but shes still less than prepared for the danger she encounters in her search to unmask the thief. Her adventure takes Briana to the famous terracotta soldiers, the Forbidden City, and the massive Great Wall. And her up-to-date look at a long-mysterious country, now opened to the West, is an added aspect to her search.

With typical Briana fervor, she tackles the task, putting herself and her new friends in danger. To save her life and speed up the mission, she is joined in China by her former partners from Professor Phillips secret semi-spy operations to help solve the caper. But as things heat up between Briana and one of her partners, events conspire to get in the way of romance.

Chloe Ryan Winston was born on a ranch in Eastern Oregon, graduated from Marylhurst University, and earned a masters degree at Idaho State University. She lived in Ashland, Oregon, which is featured in her writing, as well as Mexico, and has traveled extensively to fifty-eight countries. Ms. Winston, as a travel writer, has contributed to several blogs and to publications including The Los Angeles Times, International Travel News, and Mature Lifestyles. She has been a cruise destination lecturer as well as a high school teacher, counselor, and administrator.

Christian Poetry for You