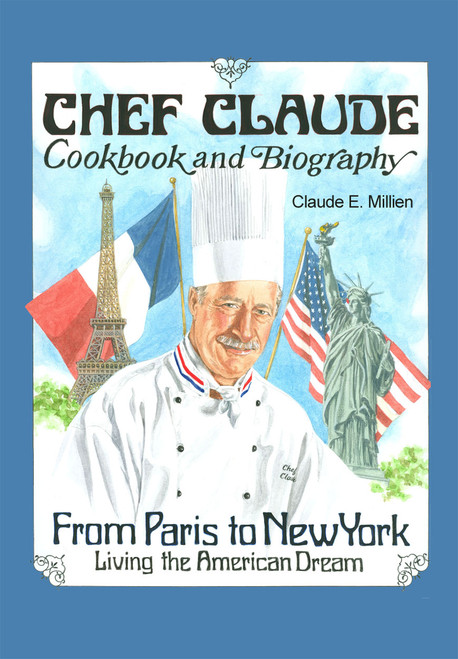 This is a story of a French gentleman who was influenced by stories and pictures of his grandfathers trips to the United States. He grew up with these accounts of his grandfathers journeys, exciting his imagination. Together with his dream of becoming a chef one day, they developed into the ultimate catalysts for his decision to live in America. He encountered challenges at the beginning of his life in the USA, like the language barrier. But he believed in his dream and worked hard at it, unshakeable in his conviction that America was and still is the land of opportunity.

Claude E. Millien is a retired executive chef. He was a member of the Vatel Club NYC, Executive Chef Association, Societe Culinaire Philanthropique, and The American Culinary Federation. In the 60s and 70s, Claude was involved in cooking contests and received some impressive awards:

Claude was a remarkable executive chef and mentor, who was as comfortable in his kitchen as he was in his dining room. He has the knowledge, love, and patience to teach in both areas of the industry.

Children Are a Kindred Spirit

Children and Adolescents Need to Be Accepted by Society