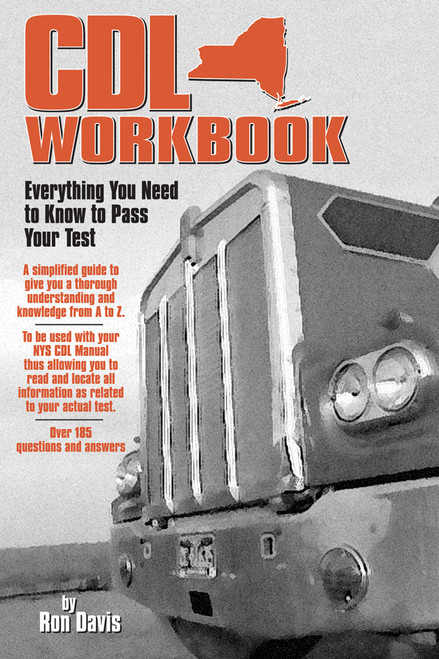 Ron Davis was laid off by RCA, a corporation taken over by G.E., where he had worked for years. At a loss, a friend told him, If you have a drivers license, you should never be without a job especially if you keep a clean record. This is a suggestion he heeded and passes on to others now through his workbook of practice tests for commercial drivers licenses (CDL) exams. The tests covered in Ron Daviss CDL Workbook include: general knowledge, air brakes, combination vehicles, passenger transport, hazardous materials, tanks, and double/triple trailers. A Bus Drivers Bonus is included, offering a well-rounded review of typical examination questions. ABOUT THE AUTHOR: Ron Davis, born in Harlem, is a New York State Certified instructor who gives weekly classes on the principles and methodology of Defensive Driving. A member of USA Track and Field, he has run in more than eight marathons, most in New York City. He also attends conventions and speaks as a vegetarian activist as a member of the Afro-American Vegetarian Society. He and his wife, Jean, have two daughters, Yvette and Pamela, and live in Mt. Vernon, New York. Ron Davis. 2002. Paperback, 60 pp.
×

You Need to Know This! Advice to Youth - eBook