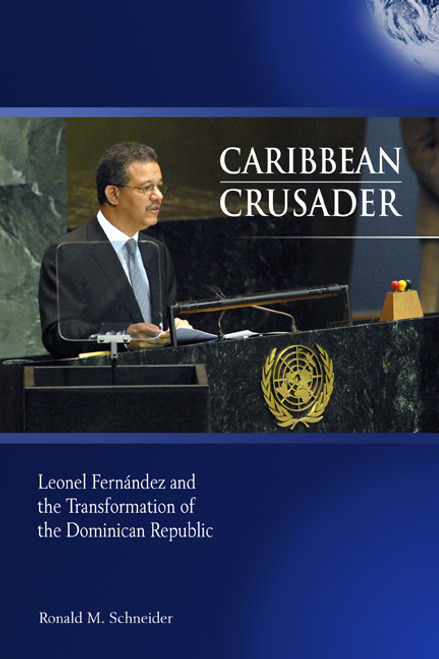 by Ronald M. Schneider How does a country right the wrongs of its past and move in a positive direction toward change? Leonel Fernndez was born into a country plagued by tyrannical leaders who continually sought to line their pockets and increase their prestige without regard to the plight of the Dominican people. Little did the world know the young professor and journalist would develop into one of the most influential Latin American politicians in modern times, as the leader of the Dominican Liberation Party. In this well-researched and thorough biography, Ronald M. Schneider describes how Leonel Fernndez has broken well-established negative political practices in the Dominican Republic and put his countrys welfare over his own personal gain. Schneider pays tribute to this political genius, who proved that great leaders can emerge from even a small country with a barren past, through Caribbean Crusader: Leonel Fernndez and the Transformation of the Dominican Republic. ABOUT THE AUTHOR Ronald M. Schneider has been a lifelong student of politics. In 1954 he earned his bachelors degree from Northwestern University; in 1956 he received a masters degree from Princeton; and in 1958, he earned his doctorate also from Princeton. Schneider is currently a Professor Emeritus of Political Science at Queens College, City University of New York, where he has taught since 1969. He and his wife, Marva, live in Elmont, NY, and they have two children: Shinelle and John. In his spare time, Schneider is active with the Elmont Junior Soccer league, and he enjoys reading. Caribbean Crusader: Leonel Fernndez and the Transformation of the Dominican Republic is his tenth published book; the most recent, published in 2007, is Latin American Political History: Patterns and Personalities, which inspired him to study the life of Leonel Fernndez. (2008, paperback, 214 pages)
×