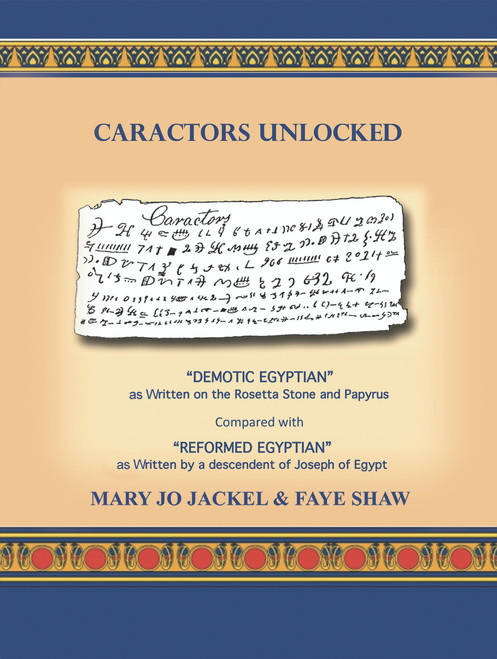 as Written by a descendant of Joseph of Egypt

Caractors Unlocked is a verification of the statement made by ancient recorders that the Book of Mormon was written in "reformed Egyptian". This book provides proof that the "reformed Egyptian" is ancient demotic Egyptian. For 190 years, scholars have attempted to decipher the meaning of the "Caractors". This book gives breakthrough evidence that it is written in authentic ancient demotic Egyptian language. it probably comes from the lost 116 pages that had been entrusted to Martin Harris's keeping by Joseph Smith.

Both Mary Jo Jackel and Faye Shaw have a deep love of The Bible and The Book of Mormon Scriptures. Jackel has been active in 'her church communities for much of her life. She began her research on this topic in 1994, working on the hypothesis that the "Caractors" were actual demotic Egyptian characters. She collaborated with Shaw to make the research available to Book of Mormon and Bible Scholars.