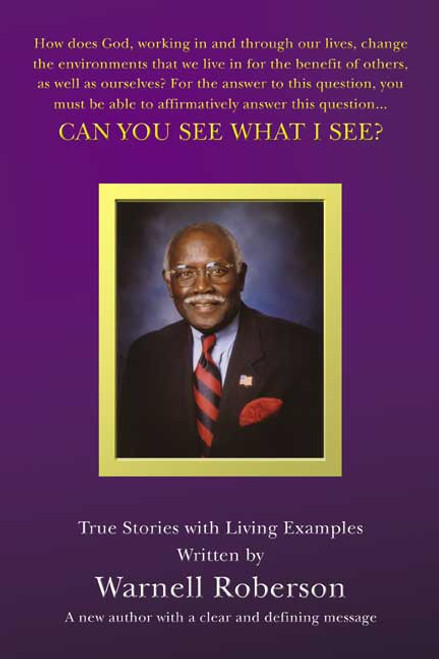 by Warnell Roberson Can You See What I See? Presents an engrossing examination of the lives of two African American men from the same community who took very different paths in response to the racism surrounding them. One man rose through sheer ability and perseverance to a top managerial position in the Dallas, Texas, transit system. The other spent almost forty years in Texas prisons for violent criminal activity. Both men eventually came to God when God chose to work His powers in and through them. These two true stories show that God was not only there during the times of need in biblical days but He is also here today, during our times of need. There are those, says the author, who follow the path they can see with their eyes, while others follow the path they see with faith. So he asks the question, Can you see what I see? ABOUT THE AUTHOR Warnell Roberson, a native of Dallas, Texas, attended Xavier University in New Orleans and Wiley College in Marshall, Texas, on a football scholarship. He was marketing director of Brown & Williamson Tobacco Corp. until his retirement in 1991, when he and his family moved to Plano, Texas, where they still live. He and his wife, Mrs. Frances Faye Glenn Roberson, have two sons, Ricki La Mar Roberson and Donri Cardo Roberson, both college graduates and married, and three delightful grandchildren. He was lured back into church after a twenty-five-year absence by his wife. He now teaches Sunday school on a regular basis and spends much of his time in Bible study, reading religious books, and accepting the wisdom God has blessed him with. (2005, paperback, 82 pages)
×