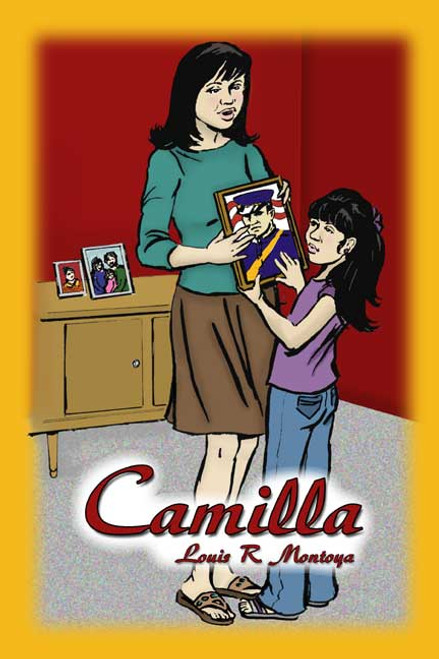 by Louis R. Montoya It can be difficult growing up without a mom or dad, but as Louis Montoya shows us, there are people who care about us and will always be there for us to see us through it all. Camilla is sad because one year ago today, her father was killed in war. She tries to comprehend the meaning of why he was there, and her mother tries to soothe her aching heart while explaining that he was protecting their country. After talking about it with her mother, Camilla begins to understand that her father went to war out of love for his family. With the English and Spanish languages teaching your child the story of Camilla, he or she can expand his or her mind even further. ABOUT THE AUTHOR A telecommunications technician from Denver, Colorado, Louis R. Montoya now makes his home in Westminster, Colorado, with his wife, Kathy. They have five children between them. Louis desires to see the United States become unified permanently as it was right after the events of September 11, 2001. He was inspired to write this book after one of his nieces lost her father when she was a child; he too lost his own father when he was a child. (2007, paperback, 34 pages)
×