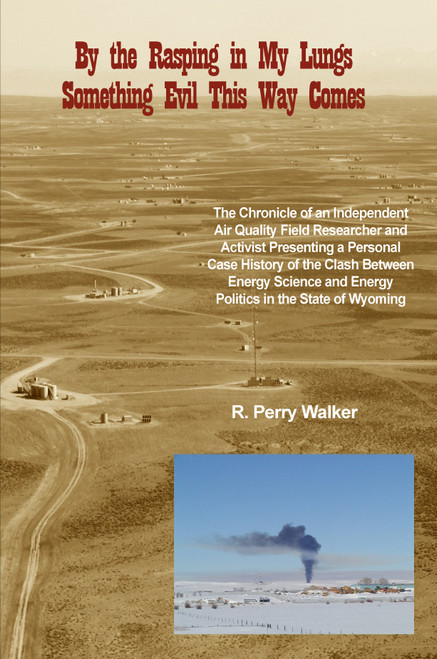 The purpose of this book is to articulate a warning. The oil and gas industry is adept at the art of maneuver to gain support of local and higher politicians. Furthermore, regulatory legerdemain is a skillful art practiced by state and federal regulators who seek to appear environmentally proactive but who actually favor developers. Finally, when presented with new science, they perfunctorily dismiss it.

Walker’s approach is unique as he applies his former U.S. Air Force professional science experience to the role of independent unfunded citizen scientist. He reveals that while national concern over fracking practices has focused on ground water damage, fracking chemicals lofted into the local air mass by well completion flaring must also be considered.

R. Perry Walker grew up in Wyoming, graduated from the University of Wyoming with a B.Sc. in Physics and joined the U.S. Air Force the same year. He served in the Viet Nam War and then elected to become a career officer. He earned an M.Sc. in Nuclear Reactor Engineering at the University of Lowell, Massachusetts. His military career involved research in a variety of high-tech fields including infrared imaging, underground nuclear testing, and nuclear weapons effects on optics in support of President Reagan’s Space Defense Initiative. He holds a U.S. patent and has authored twenty-one classified technical papers about military technologies as well as eighteen public comment and analysis documents about air quality impacts from natural gas development in western Wyoming.

A Poor Life in a Rich House - eBook

Cult of the Vampyr - eBook