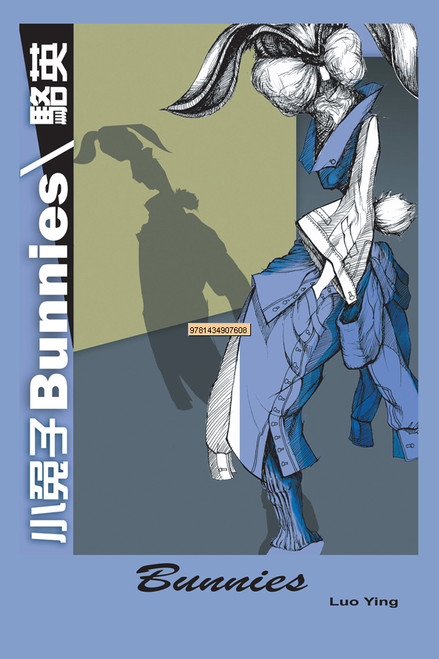 As an intellectual and a poet, Luo Ying has sought to express his somewhat unique feelings, experiences, imagination, and reflections through his collection of essays, Bunnies. Using dark images, he moves the reader to contemplate the state of society and each individuals role in promoting it. Our modernizing society brings nations, peoples, cities, and individuals in increasing contact with one another; however, because of societys promotion of unprecedented wealth, individuals, even those intellectuals and leaders who are entrusted with the betterment of others, have become increasingly focused on wealths attainment and enjoyment. All this comes at the expense of individuality and empathy toward others. Ultimately, Ying believes that hope is the promise of a better tomorrow, and facilitating a better tomorrow comes from the questioning and criticism of today. So join Luo Ying on his journey of contemplation, through Bunnies.

A native of Lanzhou, China, Luo Ying has lived and work both in Beijing China, and Newport Beach, California U.S.A for many years. He is the Chairman of Zongkun Group, which specializes in both Real Estate Investment and Tourism Development. In 1981, Luo Ying earned his bachelors degree in Chinese literature at Peking University, and in 1998, he earned his Executive MBA from the China Europe International Business School. He is a member of the Chinese Writers Association and the director of the Chinese Poetry Society. In his spare time, Luo Ying enjoys mountaineering and had climbed top of the Mt. McKinley in Alaska, top of the Mt. Winson in Antarctica, and ski to last degree of South Pole, in year of 2010 he completed climb Mt. Everest. In addition to Bunnies, Luo Ying has published another collection of poetry: Empty Glasses and Empty Tables.

Build a Bridge and Get Over It