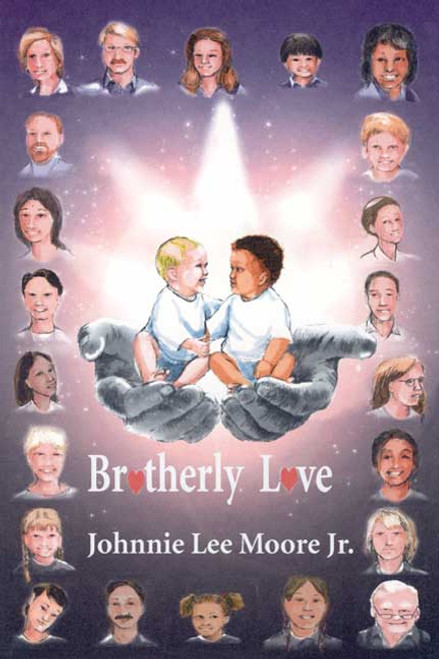 by Johnnie Lee Moore Jr. It was the early sixties, a time when Blacks and Whites were bitterly divided and interracial marriage was still taboo. When Mike and Harriet defied society and married for love, their families disowned them. When they were killed in a tragic automobile accident, the families rejected their newborn twin sons. The babies were put up for adoption and adopted separately. Many years later the paths of the twins cross again with tragic consequences. The jealous wife of one mistakes the other for her husband and shoots him, not realizing the woman he is with is his new wife. She believes her husband is cheating. Rudy falls into a pit of despair. He retraces the past and finds that reconciliation between the races and between old enemies is possible. He regains his faith, works toward forgiveness for all, and comes to celebrate his biracial heritage. ABOUT THE AUTHOR Johnnie Lee Moore Jr. hails from Louisiana where he is working as both a sales rep and a corrections officer until he sells that first big screenplay. He holds a B.A. from Louisiana Tech and enjoys sports, exercise, and writing. So far he is unmarried, but is still waiting for the right person. He is strong in faith and believes that we must all work together toward racial reconciliation and harmony. He hopes that this novel is an effort toward that end. (2006, paperback, 178 pages)
×