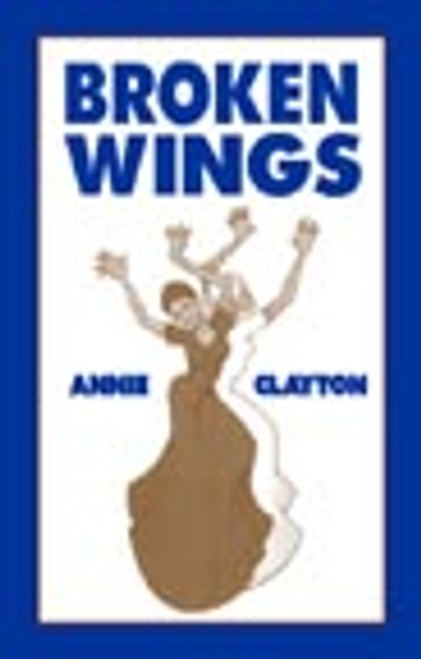 by Annie Clayton Written as an appeal for the necessity of motherly love, Broken Wings details the heart-rending experience of a young black girl named Ebony who grew up in the projects near Los Angeles. While Ebony was as benevolent, nave, and curious about life as any child, her character and faith were tested. All too often, Ebony was ignored, badgered, and told she was worthless. Ebonys mother, know from childhood to Ebony as Camille rather than Mother, is a bitter, hurtful, narrow-minded woman who suffered abuse as a child as well. Consequently, as an adult, Camille gets pregnant to different men, but has difficulty with the role of a mother. Ebony, the oldest, has two sisters and two brothers, most of whom arrived unexpectedly before their supposed father Thompson joined their household. Through high school and into adulthood, Ebony continues to suffer daily from low self-esteem and a lack of family bonding, which prevents her from going to college. Even at Camilles death, Ebony has difficulty forgiving and grieving. As a result, as a manifestation of her guilt and pain, she finds herself suffering from breast cancer at age forty-eight. She recognizes what she must do in order for God to forgive and heal her. Through Broken Wings, the therapeutic, autobiographical account, Annie Clayton reveals what she has learned about finally stopping the past violence and hate. About the Author: Originally from Los Angeles, Annie Clayton now resides in Carson, California, with her husband, Renaldo, and family. Clayton is retired from the U.S. State Department and enjoys tennis, swimming, dancing, drawing, and making photo albums. She is also a member of Our Author Study Club. (2001, paperback, 166 pages)
×