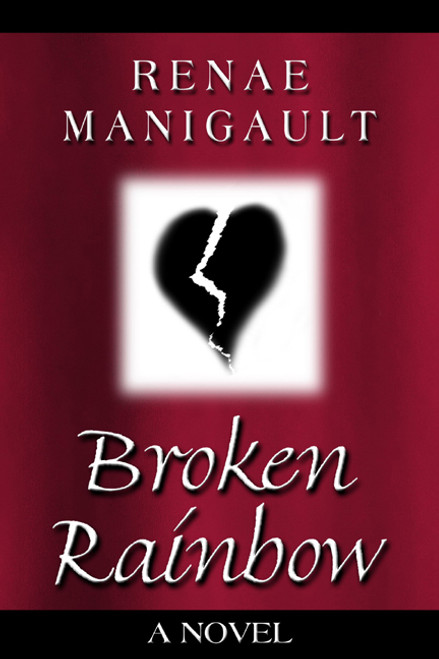 by Renae Manigault He dared to dream! And she did too!
Together they wanted the world!
But what they got was a broken rainbow! Mel caught his balance as he missed kicking the blind man, who sat listening faithfully to the street corner men singing Somewhere Over the Rainbow in acappela. As far as he was concerned dreaming and rainbows hadnt done a damn thing for him. Hard work and determination were the method behind his success. In his haste to find Ann, he had lost sight of place and time, or rather in his haste to cancel the rainbow song from his ears. But for Mel, the rainbow song wouldnt be all hed have to contend with. Self-betrayal, a lack of intimacy, and infidelity would be the hallmark of his road to self discovery. Broken Rainbow blends elements of human drama and African American themes into descriptive character studies. By framing the narrative around settings, conversations, and with character inner thoughts, the reader is challenged to question his own place and responsibility in society and to himself! "You have powerful messages to share: words, ideas, and thoughts that desperately need to be heard by America today. Each time I have had the pleasure of reading your writing, Ive come away with a new understanding of an important issue or a deeper belief in a personal truth. Your writing is inspirationalKeep writing and keep asking your audiences to contemplate tough questions." -Judy L. Adourian, Stage Fright Playwrights ABOUT THE AUTHOR: Renae Manigault is a graduate of Wayne State University with a B.A. in mass communications. She is self employed and has her own production company Future Forward Productions. She has written five original screenplays and three original stage plays. (2004, paperback, 202 pages)