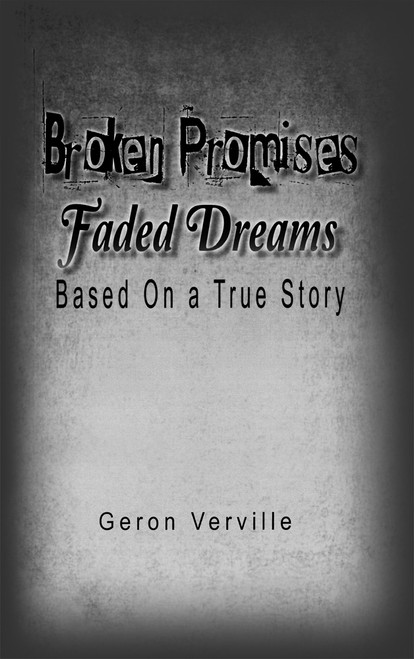 Clyde Armonds has always dreamed of pitching for the Detroit Tigers. Growing up poor in a small Michigan town, he’s had to postpone his dream for his family, but he refuses to abandon it. After Pearl Harbor, Clyde, his brother, and best friend enlist, convinced the war will be short and they will return as heroes. Even the numbing routine of boot camp and racism Clyde faces cannot dull his spirit.

But war in Italy has none of the glory Clyde hoped for. When he and his men are captured, home becomes a place he might never return. And even if he does, with destroyed dreams and broken heart, he will never be the same.

Broken Promises Faded Dreams is inspired by the World War II veterans the author grew up with. He wrote this novel to share the terrible effects of war and the battles veterans face when they come home.

Geron grew up in the small mining town of Iron River, in the Upper Peninsula of Michigan. His father Clarence, was an underground iron ore miner and shift boss. His mother Violet, was a housewife, who was devoted to her seven children. In 1966 he married Claudia Arcand, who is the author of three children books. Together they raised three children; Teri, Lisa and Stephen. They are the Grandparents of; Daniel, Samantha, Racheal, Wendell and Claudia. Great Grandparents of; Isabella, Clinton and Rosalie. Originally majoring in history in college he became a student of, not only the Civil War, but both World Wars. After completing his college English and Writing course, the Professor suggested he should consider being an author, saying “you have a way with words.” Thinking about that suggestion for years it wasn't until his brother Scott made the comment to him that Mark Twain said, “most people have at least two novels in them if they wanted to sit down and take the time to write.” Geron finally started this story in 1999 and after years of intermittent writing finished in 2014. It is, he hopes, a compelling human interest story and hopes his college Professor was correct in the words he used to write it. Geron was also published in a German Museum Magazine for an article he wrote when he returned two Iron Crosses to a war museum in Germany on how the metals were taken from Germany and how he came in possession of them. Finally, he wants people to remember a book doesn’t need to be perfect to be published so he hopes you like the story and encourages others to consider writing their two novels.

Special thanks to their friend, Nancy Richards, for taking the time to edit his book.