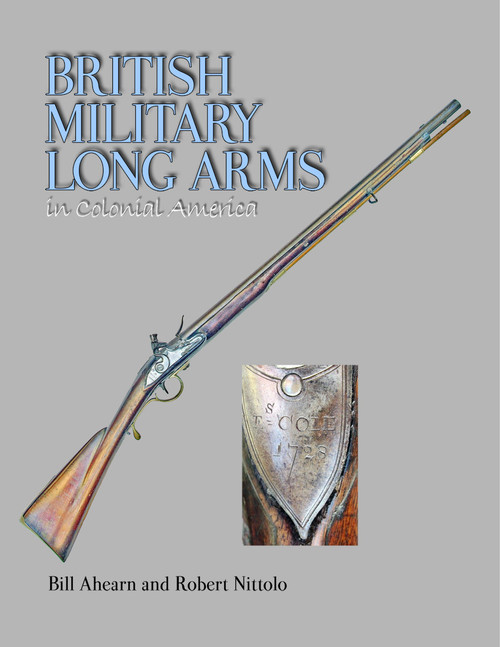 By: Bill Ahearn and Robert Nittolo

In British Military Long Arms in Colonial America, Bill Ahearn and Robert Nittolo explore the story of the various long arms used during this point in history. Covering a vast time period, Ahearn and Nittolo first illustrate the long arms as tools to help create British rule in Colonial America and continue their explorations to the war that cost Britain their American empire.

British Military Long Arms in Colonial America is an educational and informative guide that will provide an enlightening account to the curious readers and historians alike.

Bill Ahearn is a graduate of the United States Merchant Marine Academy. He is a member of the Sons of the American Revolution. He has written over a dozen articles on antique arms, including “Muskets of the Revolution and the French & Indian Wars” in 2005.

Robert Nittolo graduated Seton Hall University with a degree in finance and insurance. After retiring, Nittolo pursued his love of collecting Colonial and Revolutionary arms. His collection has been widely exhibited and pictured in dozens of articles and publications in the United States and Europe.

Arms of the Ozarks - eBook