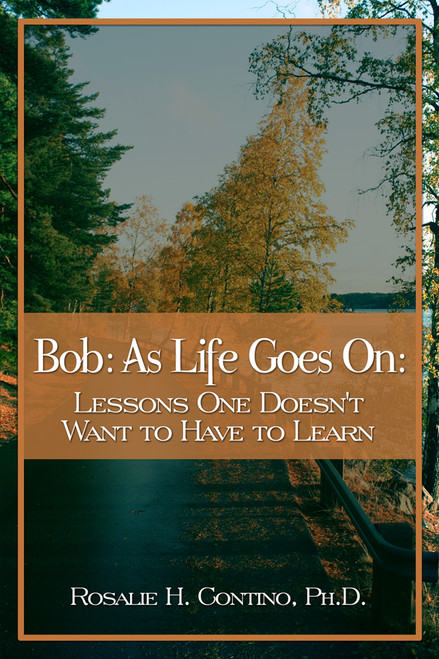 Bob: As Life Goes On: Lessons One Doesn't Want to Have to Learn
by Rosalie H. Contino, PhD

One phone call hurt Rosalie so much. Bob's boss told her that her brother has to retire because he wasn't as reliable as he used to be, and the company didn't want to be liable for any accident caused by his disability. She couldn't believe that the company whom Bob served for forty years treated him like a thing--he was dispensable. Nonetheless, she agreed that her brother has to retire.

Robert "Bob" Contino was diagnosed with a mild case of "schizophrenia", or as Dad used to say, "A tip of the iceberg. A tip," as a young man, and Rosalie knew that taking care of her sixty-one-year-old brother would be a challenge. She noticed her brother's limping, but Bob was more physically sick than she thought. As laboratory tests were administered to him, more and more ailments manifested themselves--some even fatal. For the love of Bob, Rosalie put off many of her plans to take care of him as she has vowed to their deceased parents.

He annoyed her with his sarcasm and impertinence, but looking back at her brother's life and the painful experiences he had to endure, she put everything into its proper perspective and remembered Bob fondly, as she reflects on the lessons.

Dr. Rosalie H. Contino, PhD, was born, raised, and still lives in Brooklyn, New York. She attended Fordham University, from where she received her bachelor's degree in elementary education. She then pursued both her master's and doctor's degree in educational theater and costume design at New York Unversity. Now retired, she enjoys being a writer, playwright, costume designer, as well as a lecturer. Rosalie's first book, "Born to Create," (Dorrance Pub. Co.) details going back to school at age 40 to fulfill ones dreams.

Life Goes on with Reality