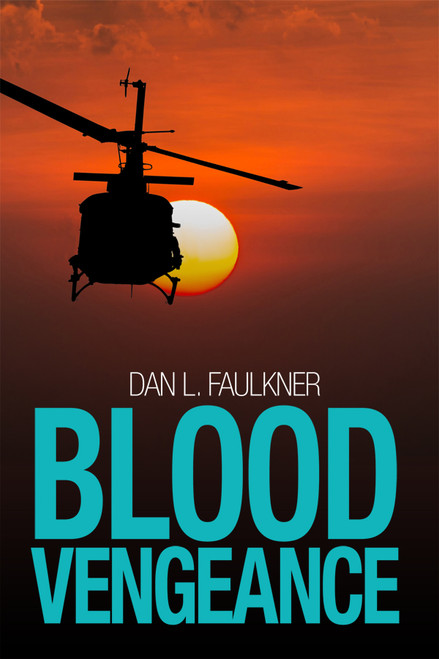 Blood Vengeance is a thrilling tale of murder, love, fortitude, and the choice between what is right and what is easy.

John Urbain, the novels hero, is a tough, seasoned helicopter pilot who happens to be in the right place at the right time: criminals are planning to murder a woman on the highway right below his chopper. He intervenes and, because of his bravery, he and the woman named Leann fall deeply in love. The tale takes many twists and turns and some sordid details of Johns past come to light, tainting the heroic perception that the media has given him. He must choose to save those he can save and, in the process, stop a murdering psychopath from committing any more atrocious crimes.

Dan L. Faulkner wrote Blood Vengeance as a form of therapy for himself. He suffered a traumatic brain injury while on the job and, as a result, was forced to undergo massive amounts of rehabilitation. This book was written to help his audience realize that anything is possible, no matter what type of traumas or hardships theyve had to deal with in their lives. Mr. Faulkner still undergoes therapy and rehab, but in his spare time he enjoys playing online chess, reading spy novels by other authors for inspiration, and helicopters. He also very much enjoys nature and loves to watch it from his Florida home.

Mr. Faulkner is currently working on the sequel to this novel, which takes place in New Mexico.