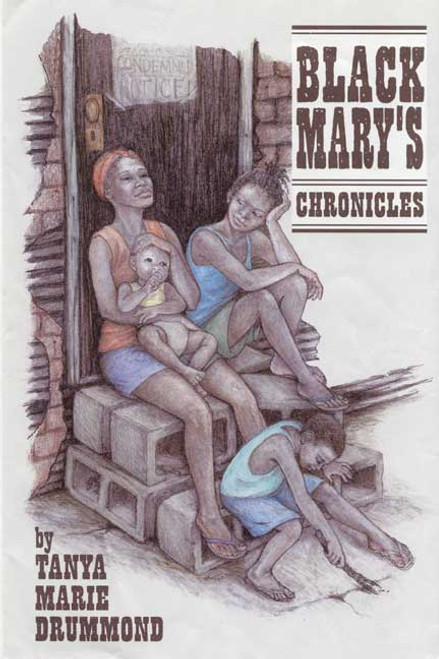 by Tanya Marie Drummond My name is Tanya, and Im an addict. These are the words Tanya Drummond had to say in her first day of rehab. What I had to dowas to figure out what put me on drugs. For me, I would find out it was years of underlying reasons. They included a stalking ex-husband, awful welfare caseworkers, slumlords, and other poverty-associated problems. In addition, there was the unremitting stress of unrecognized bipolar illness and of just about open prejudice against both her race and sexual orientation. Whats it like to be black, poor, a veteran and gay in America today? This book most certainly tells it like it is. ABOUT THE AUTHOR Tanya Drummond was born in Pennsylvania and attended a Catholic school where deep-rooted racial prejudice made her life difficult. As she grew older, she realized that she was essentially gay, but she told no one. After graduation, Tanya joined the U.S. Army, but she didnt find love there. Instead, she entered into a hasty marriage with a strange, clearly troubled man who turned into a stalker when the marriage ended. Left with three small children, no income, and in increasing bipolar disorder, Tanya never lost her vision of a decent life. On welfare and unable to hold a job, she went on to college, where she earned a bachelors degree in communication. In her section 8 housing, she organized protests against corruption and mismanagement. And in the course of her struggle, Tanya Drummond eventually found the love she had been seeking for a lifetime. Today Tanya Drummond and her wife, Cecilia, live in New Jersey in a civil union. People who think we are an abomination before God, Tanya says, have a very rigid and loveless idea of who the Father is. Hes love, and he made both you and me to love. (2005, paperback, 86 pages)
×