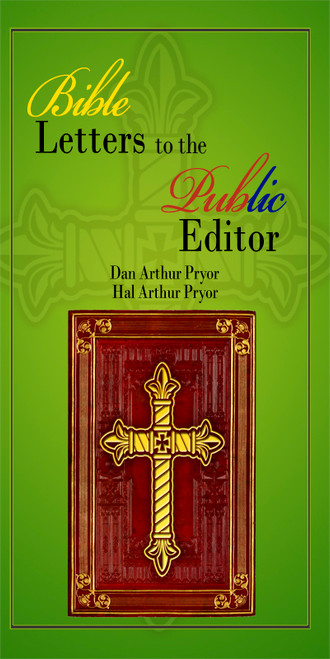 In Bible Letters to the Public Editor, author Dan Arthur Pryor shares religious letters he has written that have been published in local newspapers. These letters were written for Catholics who have stopped going to Mass or have stopped practicing the Catholic faith. They were also written for other types of Christians who do not fully live a religious faith-based life. The letters present a Catholic viewpoint on topics like abortion, gay marriage, suicide, martyrs and the role of the Catholic Church in society. The collection ends with similarly themed letters written by the author’s father, Hal Arthur Pryor.

Bible Letters may appeal to readers who are interested in rediscovering or discovering a fully religious faith-based life.

Dan Arthur Pryor’s own religious journey was missing full participation as a Catholic. From ages 18 through to 48, he missed all Masses, not from disbelief, just laziness. He always knew he would be back, and so he did return, full force, at age 48.

Check out this great review! https://www.forewordreviews.com/reviews/bible-letters-to-the-public-editor/