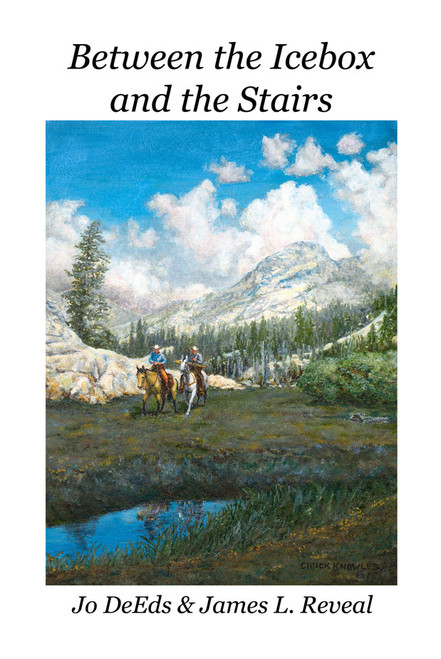 
Between the Icebox and the Stairs is a coming of age story embedded in memories of a special time and place. In 1985 the authors challenged each other to record their recollections of Tuolumne County as they knew it in the 1950s, a project which eventually led to the creation of the book.

When Elizabeth Knuchen, the over-protected daughter of middle-aged parents, purchases her first horse, just two months after her fourteenth birthday, she escapes on horseback, headlong into a new-found freedom of self-reliance, belonging and responsibility within a sub-culture of summer cowboys and seasoned packers guiding tourists, fishermen, and hunters into the Emigrant Basin Wilderness.

Jerrit Trover, the District Rangers son, proud owner of real cowboy boots and a hat, is somewhat younger than Liz, and, initially, Liz is his nemesis. Their relationship gradually shifts to a companionable truce, compatibility, and eventually true friendship and a tentative exploration of something more, but is shattered by events beyond their control. What remains is their shared dream of special place in the mountains.

The Secret Under the Stairs - eBook

Reading Between the Lines