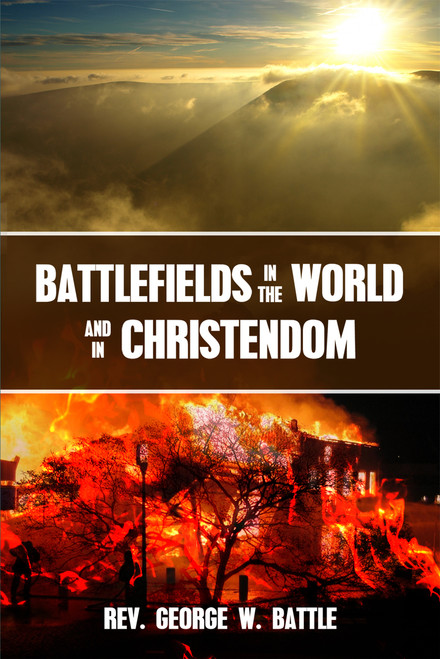 Battlefields in the World and in Christendom
by Rev. George Battle

Battlefields in the World and in Christendom is a mesmerizing work, incorporating real life events spanning the author's rebellious youth through his journey to adulthood and becoming a teacher, counselor, and pastor whose belief in Salvation drives his life. All of the incidents, episodes, and events here are true.

Rev. George W. Battle grew up in a basement apartment with his father (superintendent of the building), mother, and sister, two years his senior. By the age of three, he demanded to be allowed to go to school and hounded his mother until she convinced the principal to let him attend, with the stipulation he would have to spend two years in kindergarten.

From his very first day, George experienced bullying and racism as an Afro-American, making him strong and able to stand up for himself, no matter what the issue. We follow his struggles through school, the service, and into his adult life. At times, he was the one being unfairly treated. At other times, the chip on his shoulder seemed quite heavy, causing him to become the antagonist, which surfaced during his early days of employment and his stint in the service, where he seemed to have a problem with authority figures.

A surprising transition occurs when George goes on to college, becoming a teacher, a counselor, and a pastor. The entertaining anecdotes lend growth and fullness to his character, and show a dedication and love of family acquired through God's guidance.

About the Author: Born in Boston, MA, Rev. George W. Battle currently resides in West Medford with his wife, Louise, the father of two children, and grandfather to four children. Battle, a WWII Air Force veteran, received a B.S. degree from Wilberforce University, a Master's from Boston State, and a Master's from Gordon-Conwell Theological Seminary.