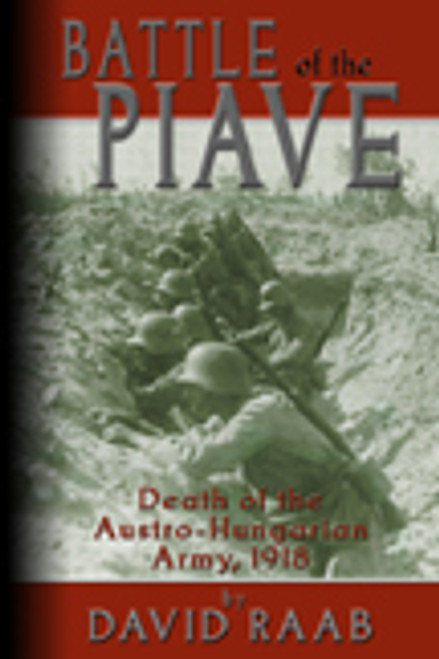 by David Raab Known as one of the bloodiest battlefields in history, the Italian Front in World War I also saw the introduction of modern weapons and tactics of warfare. While most history books have concentrated on the bloodshed at the Western, Eastern, and Italian Fronts, generally emphasizing the battle of Caporetto in Italy, few give more than a passing mention to the courageous Italian rally and the ambitious Austro-Hungarian offensive at the Piave River. Believing it is a story that deserves to be told, David Raab rectifies this in Battle of the Piave: Death of the Austro-Hungarian Army 1918. On the pages within, he has shaped facts and statistics into a spellbinding recounting of one of the pivotal battles of World War I, sharing both the courage and the heartbreaking losses experienced by those who fought in this final offensive. Well-researched, engagingly written, and complete with maps and photos, Battle of the Piave: Death of the Austro-Hungarian Army 1918 should take its place in the history section of every library, a must-read for anyone studying World War I. ABOUT THE AUTHOR A native of New York State, David Raab currently resides in South Carolina, where he works with his father in their auto dealership. He also enjoys restoring old cars and collecting military memorabilia. (2003, paperback, 120 pages)
×