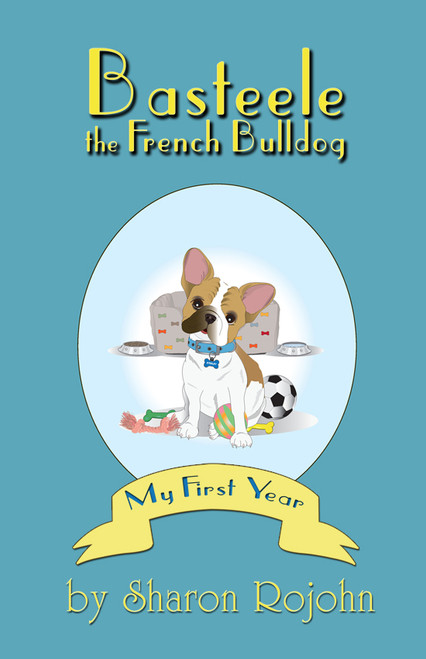 Basteele has just been adopted and is moving home to be with his new human parents! Follow along as he tackles many new experiences, from moving to a new home, toilet training, going to school, and making new friends.

Basteele the French Bulldog is an easy and fun read for young children. Parents and pet owners alike will love that, in its own lighthearted spirit, it draws many parallels between raising a child and adopting a pet.

Sharon Rojohn is a wife, mother, grandmother, and owner of two adorable French bulldogs. She worked for many years as an administrative assistant, but after her son grew up, she decided to pursue a business degree and started taking college classes. While in college, Rojohn realized that she loved writing short stories, and with encouragement of her professors, she discovered she had quite a knack for it! After a long career in business, retirement has provided her with the atmosphere and time to pursue her dream of writing. Basteele the French Bulldog: My First Year is the first of many French bulldog stories she hopes to write.