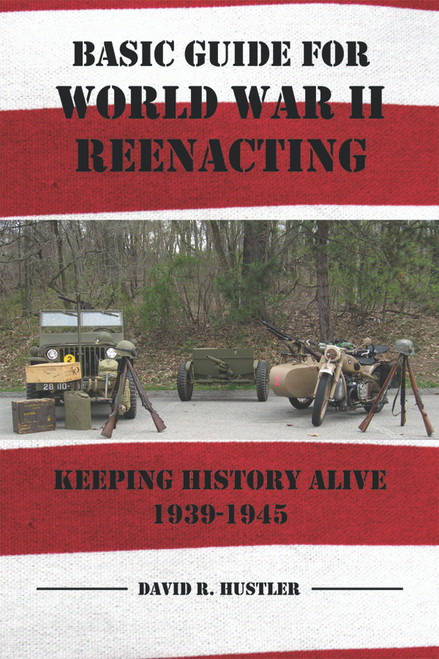 Have you ever been obsessed in war history, particularly about World War II? You have seen reenactments of that significant moment in our time that you are thinking of participating in such an endeavor. However, you dont know how to start.

Fret no more. David Hustler, a veteran of many reenactments of historical battle events, is giving you the head start by imparting tips of the ins and outs of perfecting your own impression of a soldier of the Second World War. He will guide you from buying the proper uniforms and equipments to joining your own group or units, and from the right way of caring for your costume and implements to maintaining a good attitude in the field. Avoid being called a farb on your first day as a reenactor. Follow the expert.

David R. Hustler came from a family who had military history that dates back to the Revolutionary War, with one of his relatives, Thomas Hustler, receiving a land grant from Benjamin Franklin himself for his service in the Revolutionary War. His two grandfathers both fought in World War I, and his father, Robert Everett Hustler Jr., braved the battlefields in the Pacific in World War II. As a child, he had been privileged to talk to many heroes of wars during his visits in the Veterans of Foreign Wars (VFW) club and came to appreciate many a story from each person.