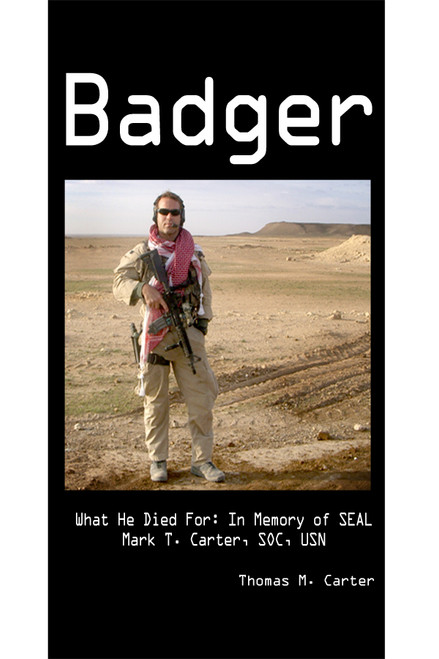 Badger: What He Died For
by Thomas M. Carter

Mark T. Carters childhood dream was to be a Navy SEAL, a dream he pursued with great focus  and a dream he saw become a reality. Given the name Badger by his fellow SEALs, Carter was relentless in his service for his country, ultimately giving his own life. This book shares stories from his family, friends, and SEALs that will help preserve the memory of a true American patriot. Readers will be struck with the American values of liberty, truth, and virtue  values that Carter held dear and values that have helped make America into a great nation.

Thomas M. Carter, Marks father, hopes this book not only honors his son but also the American values that his son gave his life for  and motivates readers to maintain those values in their own lives. Carter practiced family medicine for many years and now works as an emergency room physician near Kansas City, Missouri. He and his wife raised four sons and three daughters.

The author intends for his portion of the proceeds from this book to go to the Navy SEAL Foundation -.