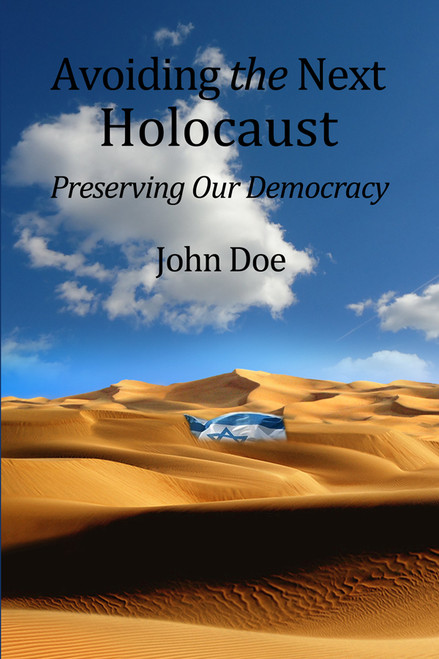 Avoiding the Next Holocaust: Preserving Our Democracy
by John Doe

Anti-Semitism has been the bane of Jewish experience since the time of Moses. Throughout history, flagrant anti-Semitism occurred among all nationalities, races, religions, and ethnic groups. The anti-Semitic holocausts and pogroms that occurred in the past were consistently preceded by specific social and economic patterns that foretold their appearance. In modern times, this pattern appeared in Germany, in France, in England, in Russia, as well as in many other European countries just before their anti-Semitic eruptions. The same pattern even preceded the expulsion of Moses and his followers from Egypt at the very start of Judaism.

It is reappearing today.

In the aftermath of the recent economic and financial crisis, the same pre-holocaust pattern is reappearing in America and in certain other European countries. The large sums of money being earned by the Jews of Wall Street, flashed on television and computer screens, and printed on newspaper pages, are causing rage and disenchantment with the ruling powers in general and with the Jews in particular. Names like Goldman Sacks, Madoff, Blankfein, etc. became household namesand not in a good way. The appearance of flagrant anti-Semitism is becoming easy to see.

What we, as a society, can do to guard against the next anti-Semitic eruption is to be vigilant. We need to reduce Jewish control of the media, the movies, the banks, Congress, and foreign policy. We need to institute laws that protect the rights of non-Jews from Jewish control. Actions from within the Jewish communities themselves are essential. Only if the Jews realize that their future is in doubt will they do what is needed to avoid another revulsion against them.

What the Jews need to do is to be less exclusive and more inclusive, i.e., disperse. The key word here, as it was in the past, is assimilation. The Jews need to view Judaism only as a religion consigned to the synagogue and nothing more. Non-Jews are just as entitled to business and other opportunities as other Jews. Jews need to put the interests of the countries where they reside and make their fortunes ahead of those of Israel. Israel itself must be assimilated in the Middle East and become part of the region. If this happens soon, Jews will not be identifiable as an elite group to be hated. They will be more completely assimilated within their societies. Democracy, and in particular, the American democracy, which is the envy of the world, will be preserved.