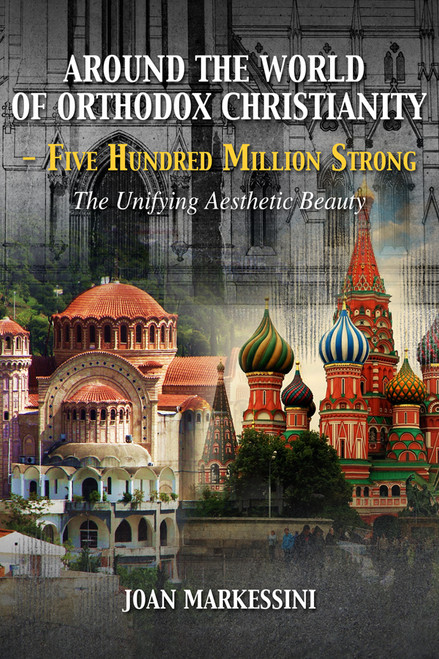 The Orthodox Church endured many wars and political conflicts and shifts that affected its role in the states where its faithful resides, apart from its estrangement from the Roman Catholic Church in the eleventh century. Surviving with it as a faith in many Eastern European countries, Greece, and some parts of the Middle East and Africa are many of its religious churches or edifices, preserved with all its glory and splendor. Dr. Joan Markessiniinspired by Jules Vernes classic tale Around the World in Eighty Dayscompiled photographs of majestic churches of the Eastern Orthodox in Around the World of Christian OrthodoxyFive Hundred Million Strong: The Unifying Aesthetic Beauty. Along with the discussion of architectural style, materials, and uniqueness of each of those buildings from antiquity, she added a brief history that will forever be etched in every element of the houses of worship where the belief never withers.

Dr. Joan Markessinis desire to explore the history of Orthodox Christianity has taken her across North America, Eastern Europe, and the Middle East. During her travels, she visited Orthodox Christian churches and monasteries in different parts of the globe and was awestruck by their symbolic architectural designs.