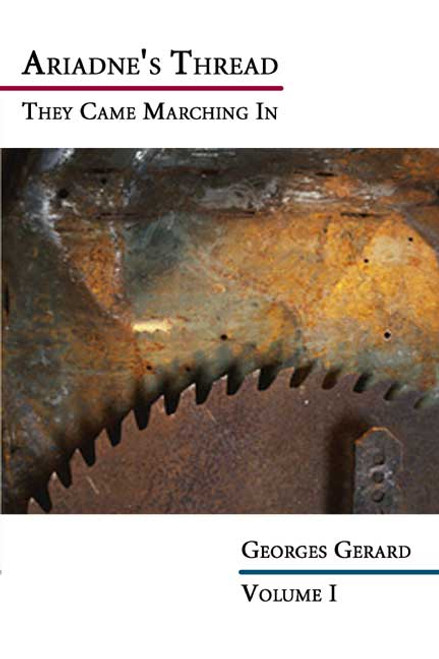 by Georges Grard Ariadnes Thread is the story of a young Frenchman, Daniel Morney, born in 1923 and caught by the events of the twenties, thirties, the Depression, World War II, and the aftermath of the war. Arrested in occupied Paris in September of 1942 by the French police on German officers request for having offended the Wehrmacht uniform, he was sent to Berlin to work as a typesetter. Transferred to an armament factory, he was accused of sabotage and sent to the Sachsen-Hausen Concentration Camp from where he was transferred to the Sicherheitsdienst (S.D.) Headquarters in Wartenberg, Czechoslovakia, where he found himself with Jewish inmates who had been incarcerated since 1938. After several months, he and other non-Jewish prisoners were sent to a hard-labor camp in Poland. The rapid advance of the Soviets prompted the camp to be evacuated. Some of the prisoners landed in the Berlin Alexanderplatz Jail, Daniel Morney among them. Bombed out in 1944, the prisoners were transferred to the Berlin Tegel Jail. By a twist of fate, Daniel Morney was conditionally released toward the end of 1944. He lived through the Berlin daily bombardments until the ultimate Soviet assault. He escaped from Berlin to make contact with Pattons Third Army twenty-four hours before the American and Soviet armor met at Torgau. From Torgau, he walked through devastated Germany to return to Paris. Faced by the after-war crisis and Frances colonial conflicts, Daniel Morney migrated to Sweden, Switzerland, Brazil, Canada, and ultimately entered the United States in 1955. This human story is told within the confines of the protagonists personal views and actions under the pressure of the circumstances. If offers his thoughts of the moment as he grew under peculiar circumstances, his prewar experiences, the war itself, the occupation, the camps, the jails, his escape from Berlin, and the after-war; his biases, prejudices, limitations, and evolution are presented. As such, the author feels that Daniel Morneys story offers valid facets into the realities of life in France and in Europe covering the 1923-1949 period. His struggle to escape the Indochina War (Vietnam) to achieve his goal to emigrate to the United States covers 1945-1955. His crossing of the Canadian-American border in 1955 marks the beginning of his free life. ABOUT THE AUTHOR Georges Grard, a native of France, currently resides in San Rafael, California. In the United States, he obtained his bachelor of arts degrees in French, Spanish, and German, and he also holds a masters degree in French; he attended a Ph.D. program in Berkeley; and he obtained a degree in eighteenth century French/Spanish picaresque literature from San Francisco University. He is a retired foreign language instructor, and his interests include history, education, politics, literature, and travel. This is his first published book. (2007, paperback, 810 pages)
×