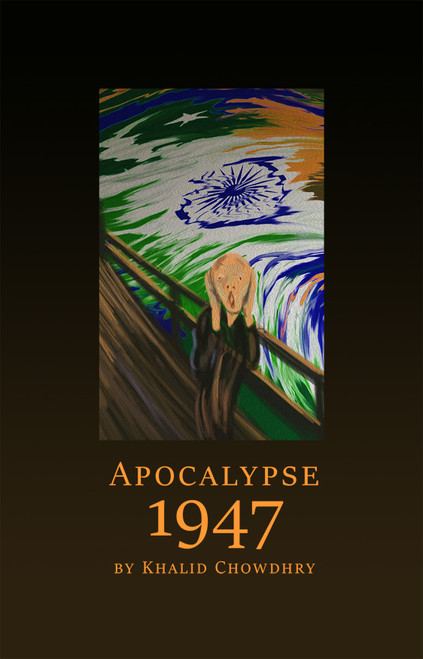 Pakistan is the only country to be created in the name of Islam. Due to the movement led by Muhammad Ali Jinnah and the Indian subcontinent’s struggle for independence, Pakistan was created in 1947 as an independent homeland for Muslims. After the announcement of British exit from India, Muslims were anxious over the prospect of universal suffrage and majority rule. They would be overwhelmed by the Hindu majority. Inevitably, they successfully secured the division of India into two separate sovereign states – India and Pakistan.

Tracing the historical, social, and economic rationale for the creation of Pakistan, Apocalypse 1947 is the author’s personal account of his experience and recollection of the events leading to the partition of the Indian subcontinent into two separate countries and the following aftermath. Events unfold chronologically, written by an eyewitness to it all.

Drawing heavily on scholarly contributions by authors writing on subjects relating to his story, Chowdhry chose writers with non-South Asian origination. He endeavors to dispel untruths by authors hired to malign Pakistan. This book strives for an accurate determination of responsibility in each case for actions by individuals and entities.

Khalid Chowdhry was an eyewitness to the 1947 division of the Indian subcontinent, creating present-day Pakistan. Growing up surrounded by political upheaval, it’s no surprise he became interested in politics. While in college in Pakistan, Chowdhry participated in debates and became a social activist. He has an environmental engineering degree from the University of London, where he was a commentator in the Urdu service of the BBC from 1960 to 1963.

Light for the Dark Side