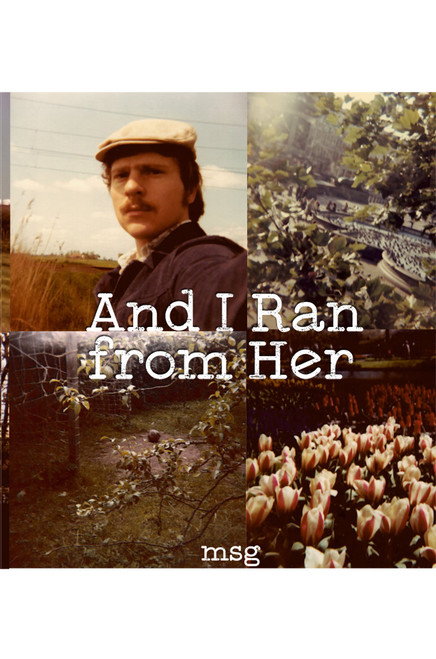 Author Mark Guinn has always believed that, at some point in life, everybody questions the “why” of life. Guinn’s question arose early in life, around sixth grade. Being born and raised as a Catholic in northern Iowa had a significant effect on him. Guinn felt the stories that the nuns told of the Old Testament were very moving and uplifting.

Then, with a move to Minnesota when his father took a job there, Guinn’s belief in Catholicism saw God from a different view. Years later, a trainee cultural exchange student came into Guinn’s life. In her, Guinn saw a closer, more personal one-on-one relationship with God than he had ever seen before.

And I Ran from Her is Guinn’s view on an ever-changing world that set the “me” in life’s “theme.”

Mark Guinn is the third oldest in a family with ten kids. Needless to say, his parents had their hands full in providing for them. Even though Guinn put himself through college, he is still surprised he graduated from high school. It’s not as if he was born in the horse-and-buggy days, but his father’s view of homework was work “at home” that needed to be done. With that said, Guinn did learn how to work. Work was his foundation, his foothold in life—anything worth doing is worth doing well. Guinn’s work ethic earned him recognition for intuitive reasoning, leadership, and getting the job done.

Guinn believes life is worth living, that the way to move forward is to look for the good in all things, and that the biggest room in the world is the room for improvement. He wants readers to know that regardless of where you are in life, there will be some area, some aspect that at some point needs to be improved, and that one should not be afraid of taking the next step in life, one step at a time.