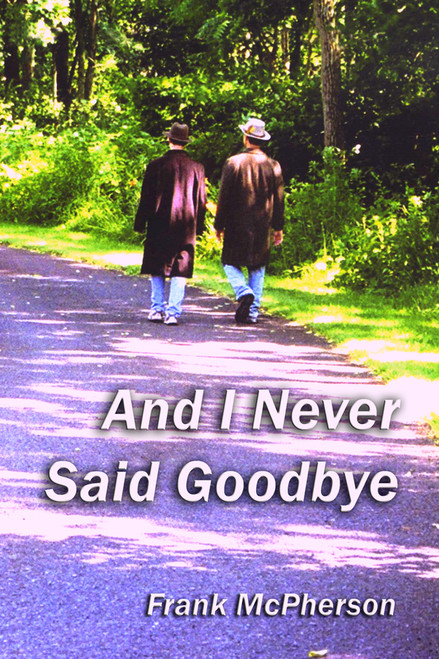 And I Never Said Goodbye
by Frank McPherson

Is it ever too late to say goodbye to someone we dearly love?

And I Never Said Goodbye is a compilation of letters and heartfelt sentiments of people who have lost a very special loved one in their lives.

Hamilton Allen McPherson, Jr., or Bud to most people close to him, joins the Army in 1943 and is eventually assigned to Warner Robbins Air Force Base in Macon, Georgia. Since his departure, he and his best friend, Bill LaClair, have been exchanging letters to keep in touch with each other.

Bills last letter dated July 8, 1945, is the last letter he ever sent Bud. Bud never had the chance to respond because on July 30, 1945, he already joined his God, his Lord, and his Savior. Bud drowned in Georgia in an accident while teaching Boy Scouts how to swim underwater.

Frank McPherson graduated from Lower Merion High School and the Wharton School of the University of Pennsylvania. After graduating from the university, McPherson worked for Univac for fifteen years in various engineering and marketing management positions.

In 1969 he, together with his other colleagues, launched Decision Data Computer Corporation. In the early 1980s, he went back to school at the Philadelphia College of Art to study wood and later that decade to the University of Pennsylvanias Graduate School of Fine Arts and the Pennsylvania Academy of Fine Arts to study sculpture.