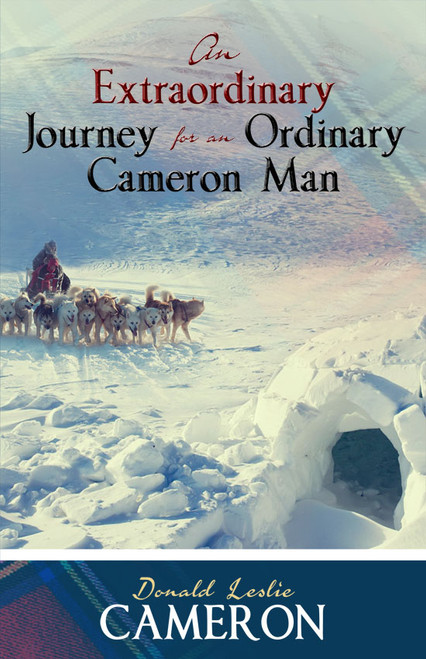 An Extraordinary Journey for an Ordinary Cameron Man
by Donald Cameron

This book follows the journey of Donald Leslie Cameron, a Scotsman who left home at seventeen to work in the remote regions of Arctic Canada for the Hudsons Bay Co. Skipping from island to island in the remotest outposts of the Canadian Arctic, Camerons career brings him into contact with the fur traders and fishermen of the Inuit First Nations, with the adventurous men and women who populate the northernmost towns, and eventually, with the love of his life. Along the way, Cameron learns the trade of retailing and fur-buying as a manager for the Hudsons Bay Co, rising through the ranks of the corporation and traveling half of Canadas northern expanse.

The work was prompted by Camerons large family of six children, thirty-eight grandchildren, and five great-grandchildren to capture the sense of accomplishment, to tell the tale of his adventure, and to preserve his part of the history and geography of Northern Canada.

Donald Leslie Cameron was born on September 5, 1948, in Fort William, Scotland. At the early age of seventeen, Cameron left Scotland to travel and work in Canada. He spent nineteen years working for the Hudsons Bay Co in remote Inuit and Cree First Nations outposts in Canadas far North, during the 1960s, 70s and 80s. He was one of the last great fur traders and also a purchaser of fine Inuit sculptures, as well as successfully operating retail outposts for the Company. He went on to be a public servant and worked for the Inuit Municipal Council of Salluit as a Secretary Treasurer for the next seventeen years. Presently, his family resides in Salluit, and for the past five years, Cameron has worked as a general manager for Nuvumiut Developments, assisting Inuit to become involved with the mining industry. His hobbies include fishing, hunting, and reading.