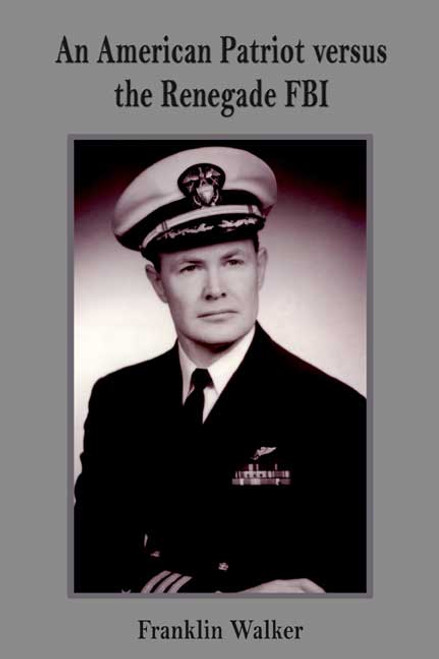 by Franklin Walker Exactly how does someone whose military background and career achievements are that of an American Patriot become a target of the FBI? Franklin Walker has found himself in just such a tenuous situation, which he illustrates through the pages of this expos. Despite fifty years of service to the U.S. Government, including a long stint with the navy and positions with the Department of State and Joint Atomic Intelligence Committee of the CIA, Walker finds himself suffering mysterious physical manifestations that suggest attack by high-radiant-energy bolts discharged by what he characterizes as rogue FBI agents. Poisoning, accidents, public tails, and tapped phone lines further the harassment. Just how far will they go? Walker adroitly juxtaposes his distinguished naval career (which includes many commendations and medals) and his impressive career as a respected research scientist (in which he was sought after as a featured speaker and received a Nobel Prize nomination) against the strange occurrences that now plague him. By detailing the nefarious acts of these agents and other FBI personnel who rob him of patents, his Nobel nomination in chemistry, and even his security clearances Walker casts a questioning light on the activities and makeup of our modern FBI. ABOUT THE AUTHOR Franklin Walker was a navy pilot (aircraft) for twenty-four years, serving in World War II, Vietnam, and during the Cold War. He holds a B.A. in chemistry, an M.A. in physics and mathematics, and a Ph.D. in physics and biochemistry. He is the author of three books and has also received five U.S. patents. He and his wife are the parents of four children and make their home in Utah. (2006, paperback, 220 pages)
×