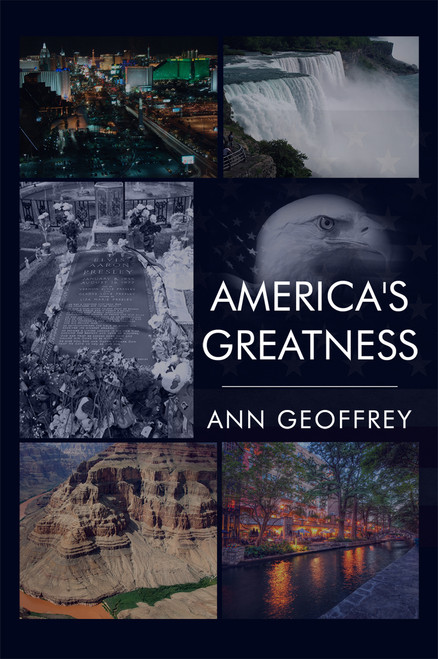 In Americas Greatness, Ann Geoffrey writes of her time spent traveling the forty-eight continental United States, visiting everywhere from Graceland, to Niagara Falls, to the Grand Canyon, to Las Vegas. Along the way, she experienced all the country had to offer and relished in the opportunity to befriend the many different types of people she encountered. From her brothers home in Texas to the Super 8 Motel, she tells of her journeys and experiences as she struggles to become a writer.

About the Author: A native of Perth, Western Australia, Ann Geoffrey first experienced the United States when visiting her brother, who had moved to Texas with his family. She enjoys traveling, trying new professions, and being an extra in films. When not exploring the world, she is a member of WSPA, the World Society for the Protection of Animals, assisting in relief efforts of injured strays.