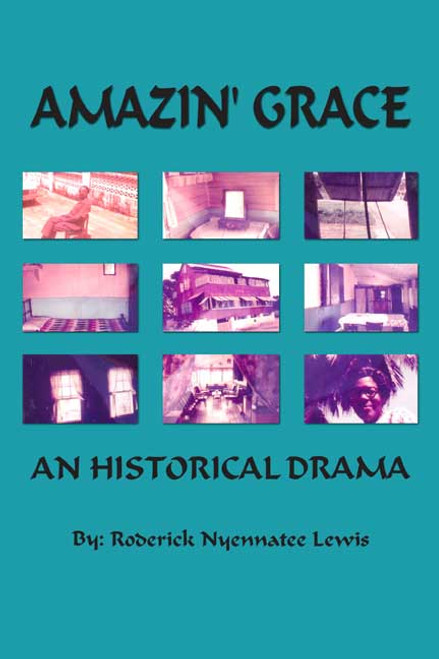 by Roderick Nyennatee Lewis The history of Africa and its people is rich, and much factual data on the topic is available for study. But what occurred in the minds of the movers and shakers of events? What motivated the major players on both sides? What relationships were formed, and what alliances motivated the various actions and turns of events? Amazin Grace take a broad, dramatic overview of the many centuries spanning the history of Africa. Beginning in the twelfth century and progressing through the late twentieth century, author Roderick Nyennatee Lewis gets to the heart of human nature, exposing greed, corruption, conspiracy, and best intents as they shaped the history of the African nations. Historical figures from Christopher Columbus to Harriet Tubman, from Adolf Hitler to Winston Churchill, Malcolm X and Richard Nixon figure prominently as events like the slave trade, the founding of the Republic of Liberia, the spread of industry, and violent transitions of power are dramatized. Through his thoughtful, insightful portrayals, Lewis conveys an important message that attention must be paid because, in much the same way, struggles for freedom and independence such as these continue even today. ABOUT THE AUTHOR Roderick Nyennatee Lewis is a Liberian born, German educated and American trained architect. After his dream of owning a home in the USA was shattered when, because of the color of his skin, arsonists torched his building, Mr. Lewis channeled his anger into writing. He is the author of Blazing the Trail, Autobiography of Roderick Nyennatee Lewis. (2006, paperback, 86 pages)
×

A Walk with Grace - eBook

America, Can She Be Fixed?