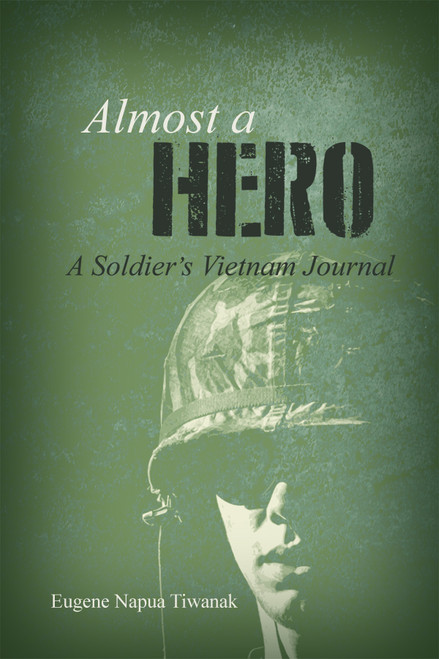 In Almost a Hero, author Eugene Napua Tiwanak depicts his personal journal accounts of his two years in the Vietnam War between the years 1965-1966 and 1968-1969. As a U.S. Army Transportation Corp. Company Commander/Liaison Officer/General Staff Officer, Tiwanak has a unique perspective on life during a different time, with much different surroundings. His fascinating experiences give readers the opportunity to step outside their comfort zones and understand what the word “hero” really means.

Eugene Napua Tiwanak, a native Hawaiian, was born in Honolulu and was held in his father’s arms during Japan’s bombing attack on Pearl Harbor. He attended local schools on the island of Oahu for his early education and left Hawaii for his college years in California at the University of San Francisco.

Tiwanak served in Combat Troop Command and Headquarters Liaison assignments with the 765th Transportation Battalion (Aircraft Maintenance Support) in Vung Tau and Tan Son Nhut Airfields in 1965. Later, he returned to Vietnam and was assigned to General Headquarters- 1st Logistical Command, Vietnam in Long Binh following the Tet Offensive in 1968.

He continues to chronicle his life’s experiences and the war in Vietnam.