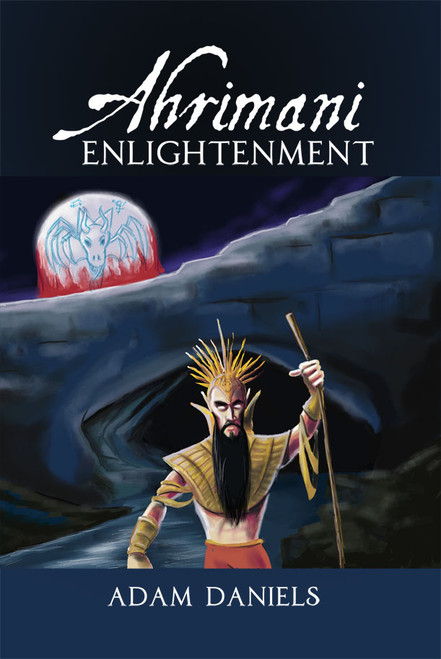 Both good and evil are equal forces in a constant war that maintains equilibrium. We have been under the law of Light, and it has shown itself to be abusive, enslaving, and stifling to the betterment of mankind.

Thus opens the Ahrimani Enlightenment by Dastur Adam Daniels, a tome that serves as a guide for those who choose to worship Ahriman, providing key articles of faith, prayers, and rituals. Ahriman is of course the nemesis of Ahura Mazda in Zoroastrianism, and here he is interpreted as the true essence of the universe, assisted by Melek Taus, the illuminating light, guardian, and ruler of Earth in this system.

For the uninitiated, the church of Ahriman seeks to break away from the conventional association with traditional Satanists, due to the understanding that Satan is a fallen angel subservient to the slave master Jehovah. Traditional Satanists believe that in the end, Satan and Jehovah will war, and Satan will emerge the victor. However, Ahriman is an equally unstoppable force. The Dark Ages, dominated by the Catholic Church, based their spiritual enemy, Satan, on Ahriman.

Adam Daniels holds a sixth degree black belt in aikido and a black belt in judo. After killing an assailant in self-defense, Dastur discovered he could find little solace in the religions and spiritual systems he could find. A critical statement in a Satanic Bible, however, enabled him to turn his life around, and he has never since looked back, even finally finding a way to fuse Satanism with Eastern spirituality.

The Book of Enlightenment - eBook