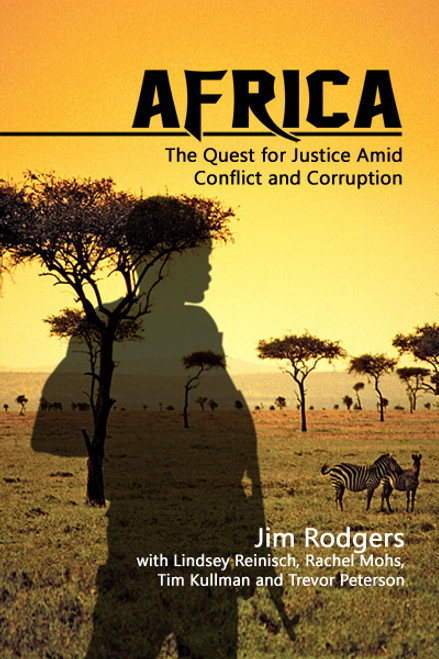 Africa: The Quest for Justice Amid Conflict and Corruption outlines the struggle for justice and stability in a region fraught with insurgencies, terrorism, and corrupt governments. Human rights and health challenges abound, although many African citizens are working for democracy and dignity.

Author Jim Rodgers has over thirty years experience of teaching courses related to Africa and terrorism at the university level. Readers should gain greater understanding of the problems of Africa and the possibilities for change.

Jim Rodgers was a professor of political science/social science at Saint Marys University of Minnesota for thirty-four years. He retired from teaching in May 2015. He is now professor emeritus. Since retirement he has been working on several book projects, including this one. He resides mainly in Mabelvale, Arkansas (near Little Rock), but he spends significant time in Oakdale, Minnesota (a suburb of Saint Paul), as well. Jim is a reader of history, books about the American West, and travel. He travels extensively in the South, Midwest, and to Connecticut and New York. He attends churches in Mabelvale, Arkansas, and Winona, Minnesota. Jim has three grown children and one granddaughter. He likes to go with his son-in-law on boating excursions on the Long Island Sound.