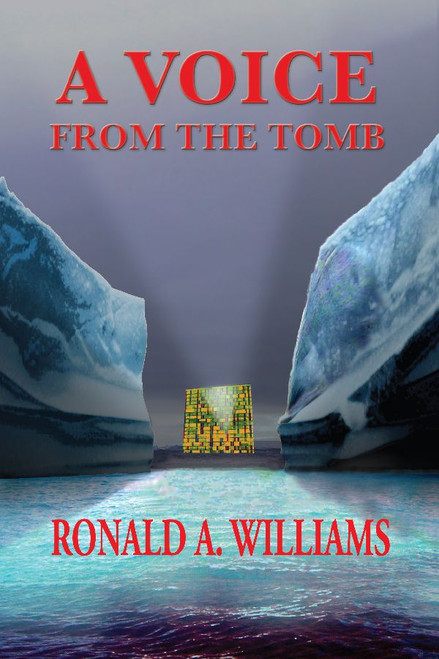 A Voice from the Tomb
by Dr. Ronald A. Williams

Andreas Prescod is a professor at the University of Pennsylvania following the collapse of his career as a celebrated archaeologist and the locator of two mummies, one in Egypt, and one in Barbados. Unfortunately, his discoveries created a maelstrom of controversy over the origin of these finds, thus destroying his credibility.

Quite unexpectedly, the government approaches Andreas for his assistance in a covert operation to obtain information regarding the activities of a company in Antarctica owned by Roger Branniff, his former father-in-law. Andreass wife was lost on an expedition six years earlier and is presumed dead; however, new information leads him to believe she may still be alive.

He embarks on a dangerous journey only to find that neither the past nor the future are what he believed them to be. What he discovers changes everything being taught about the creation of the earth and uncovers a real threat to the survival of its people. Even worse, he realizes he never really knew his wife, Eurydice, who continues to haunt his dreams.

A Voice from the Tomb is a thought-provoking work of fictionor is it reality?

Dr. Ronald A. Williams is a native of Barbados, currently residing in Mitchellville, MD with his wife, Narcisa, and is the father of two.

With a Ph.D. in English, he is Vice President of The College Board. A previously published author, his interests include reading and golf. The content of this book demonstrates his interest in the role of ancient Africa in the formation of the human experience and his concern over a number of trends threatening the environment.

Hear God's Voice: Hear the Voice of the Son of God and Live

A Voice in the Wilderness (PB)

A Walk to the Beach