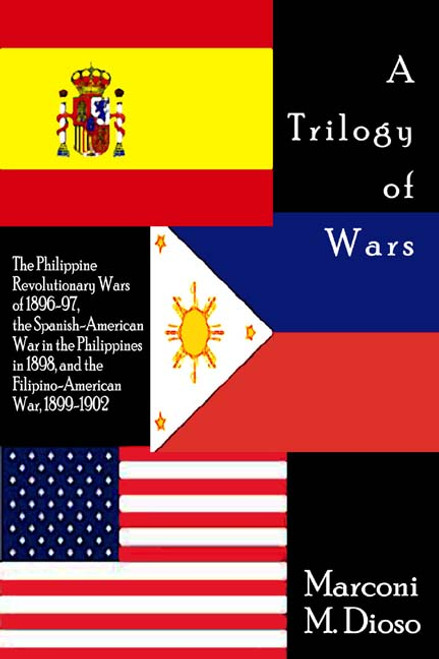 by Marconi M. Dioso Beginning in the late nineteenth century, a succession of wars swept through the Philippine Islands, trailing death and destruction. In A Trilogy of Wars, Marconi M. Dioso grimly recounts in detail the military history of these conflicts and provides sketches of the corresponding political backdrops. The events that led to the Philippine Revolution of 1896 are showcased, and the battles fought between the Spanish forces and the rebels are described together with the enumeration of combat casualties, tallies generally not mentioned in modern history books about this period. The Filipino-American War features the military commissions established by the U.S. Army throughout the archipelago to deal with the difficult guerrilla war that the Filipino Army resorted to after its many defeats in pitched battles with the Americans. Atrocities were committed by all sides and are included in this work. Although a short period in the rich and varied history of the Philippines, Marconi M. Dioso has painstakingly and with great detail recreated these tumultuous years of his native country in A Trilogy of Wars. ABOUT THE AUTHOR Marconi M. Dioso was born and raised in the Philippines, where he acquired a lifelong interest in history from his father, a history teacher. He was associated for twenty-six years with the Kaiser Wailuku Clinic in Hawaii and the Maui Memorial Hospital as an internist before his retirement in 1996. He resides in Kihei. (2004, paperback, 969 pages)
×

A Speck of Dust