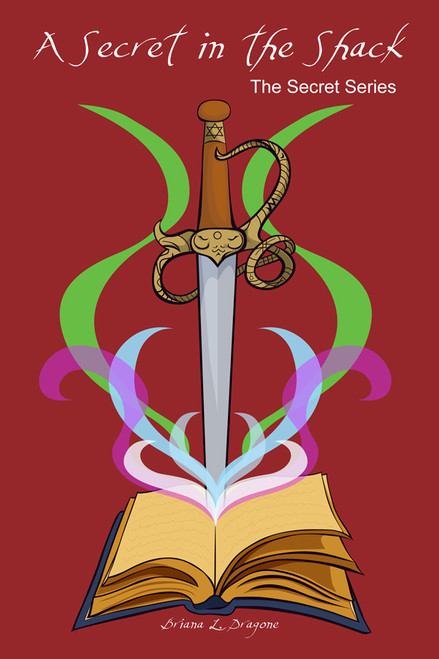 A Secret in the Shack: The Secret Series
by Briana L. Dragone

A Secret in the Shack is a young adult fantasy novel about seven friends who find themselves on an extraordinary adventure. Richard is the main character and hero of the story. He and his friendsIsabella, Kyo, Jessica, and Joshfind a forbidden stairway in their high school that leads them into a parallel world called Thera. It is a world similar to ours, but one that is governed by kingdoms, kings, elements, and swords. A war has been going on for quite some time, and the kings must be destroyed.

Within the forbidden stairway, the five friends meet two others from the magical world: Viny and Sophetia. Together they must locate the seven swords that have been stolen from the old kings. They face danger and peril as each new, school door is opened. In the end, the friends must learn to work together, believe in one another, and face staggering truths about their own families if they are going to be able to survive.

Briana Dragone is currently a junior in high school and resides in Milford, Pennsylvania. She has always been creative and loves to write short stories. For several years, Briana has been rewriting an adventure story, which has culminated in her first published work, A Secret in the Shack. Briana is also active in theater (working on the set) and enjoys snowboarding, art, ice-skating, soccer, and swimming.